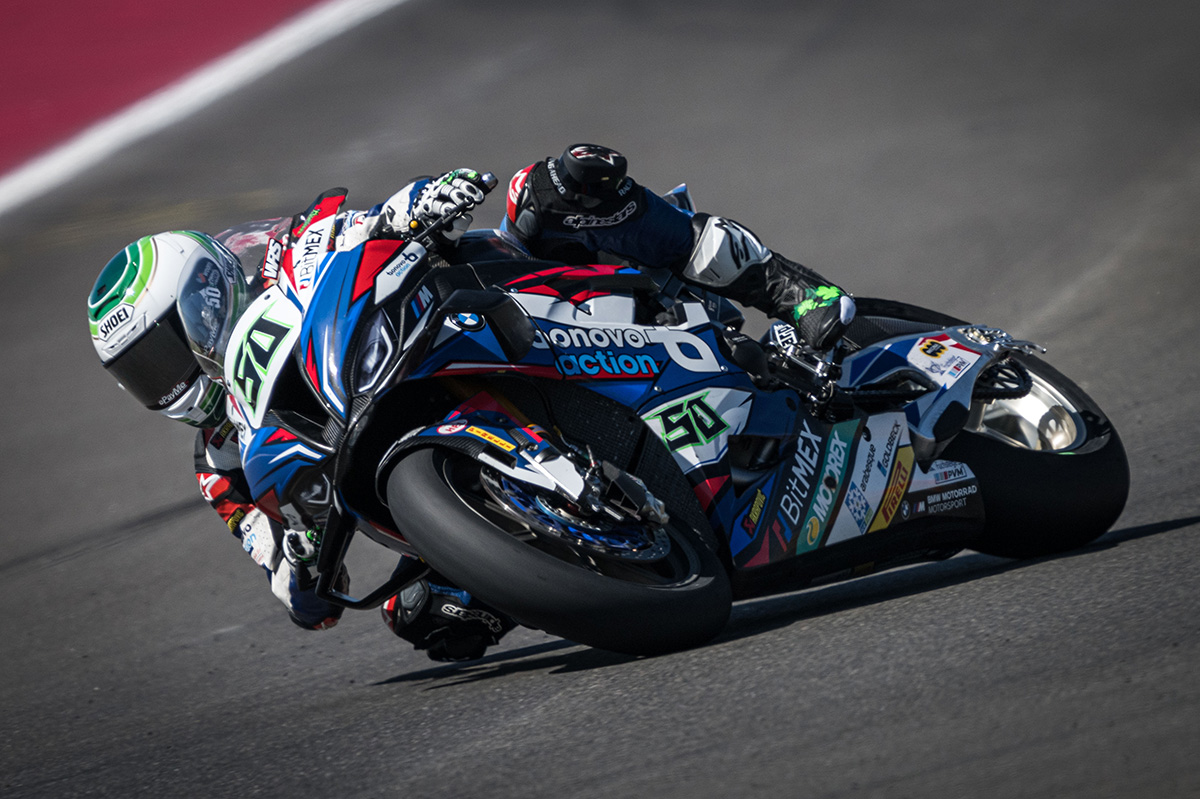 There were plenty of ups and downs for BMW Motorrad Motorsport during the FIM Superbike World Championship (WorldSBK) race weekend in San Juan, Argentina. The tenth round of the season took place in the foothills of the Andes, and Eugene Laverty finished the final race on Sunday afternoon as the best Independent rider.

In the second main race on Sunday afternoon, Eugene started from 18th and moved up several positions as the first lap progressed. After 21 laps, he crossed the finish line as the best Independent rider in eleventh place.

The 2022 season ends with the two overseas events in Mandalika, Indonesia (11th to 13th November) and at Phillip Island, Australia (18th to 20th November).

“The Superpole race was a disaster honestly, it was the worst race of the year. We had a problem with the rear of the bike and had no rear grip. Then we changed it for the second race and transformed the bike. I’m very happy with the work we did today. It was a nice surprise to be top independent. This result is nice for the entire Bonovo action BMW Racing Team, as they’ve worked so hard all year with not so many results from me, so I’m happy I could finally deliver.”