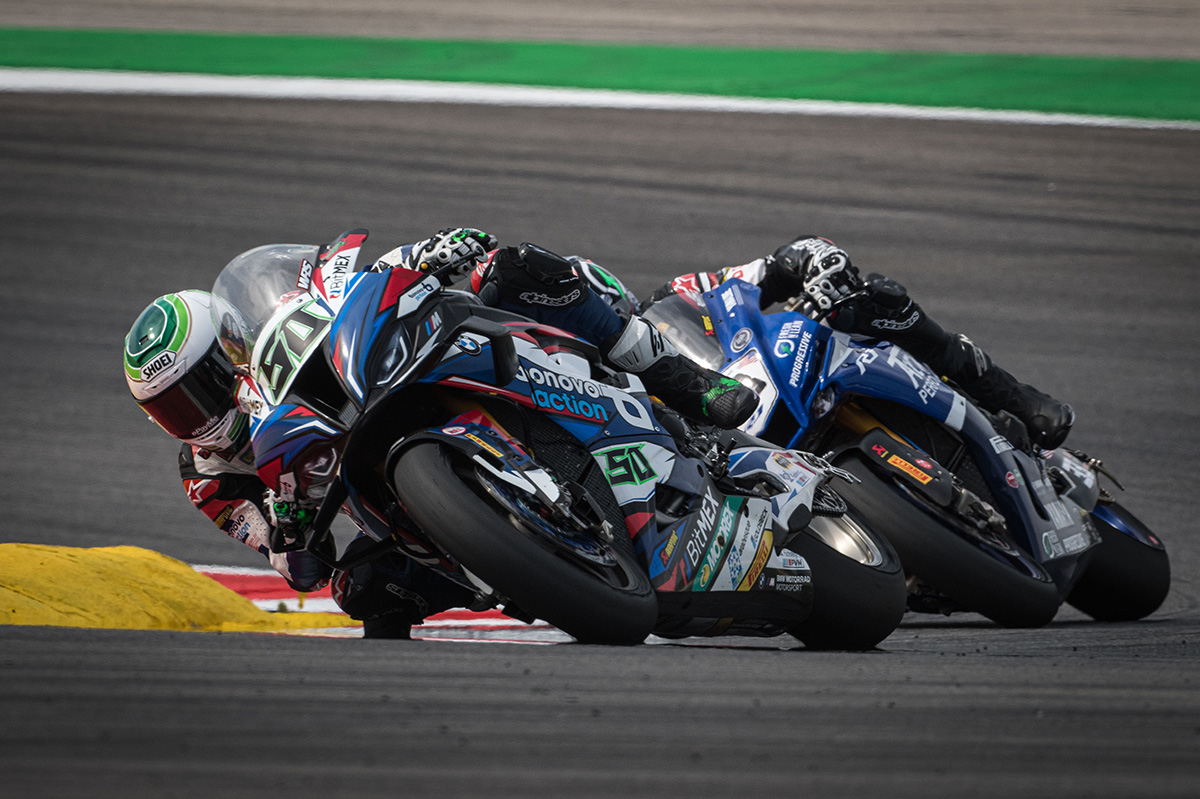 BMW Motorrad Motorsport concluded the European season in the FIM Superbike World Championship with top eight finishes at Portimao. After Superpole qualifying, Eugene was 17th on the grid, and he finished Race 1 in 15th position. Eugene also crossed the line in 15th position in the ten-lap Superpole Race on Sunday morning and placed 16th in the second main race, just missing out on the points.

Portimão was the final home race for Eugene, who lives near to the circuit. Next season, the 36-year-old will move into management with the Bonovo action BMW Racing team. An event on Saturday evening saw many companions take a look back at his long career in international racing, and the team presented him with a special gift – the BMW M 1000 RR that had been prepared for his guest appearance in the IDM.

Eugene Laverty, Bonovo action BMW Racing Team
(SP: 17 / R01: 15 / SP Race: 15 / R02: 16):
“Right now, all we can do is keep working to improve on where we’ve been lately. This weekend, the team did a fantastic job. Instead of trying to do big leaps we’ve worked on our weaknesses to improve the bike. Honestly, in the final race, the bike was the best it has been in a long time. It was doing many things correctly, now we must study the power delivery, as after four laps it seems to be killing the rear tyre and after that we go backwards. We need to dig deep into it and improve this. Because when the tyre is gone after four laps, the 20 laps are really long.”