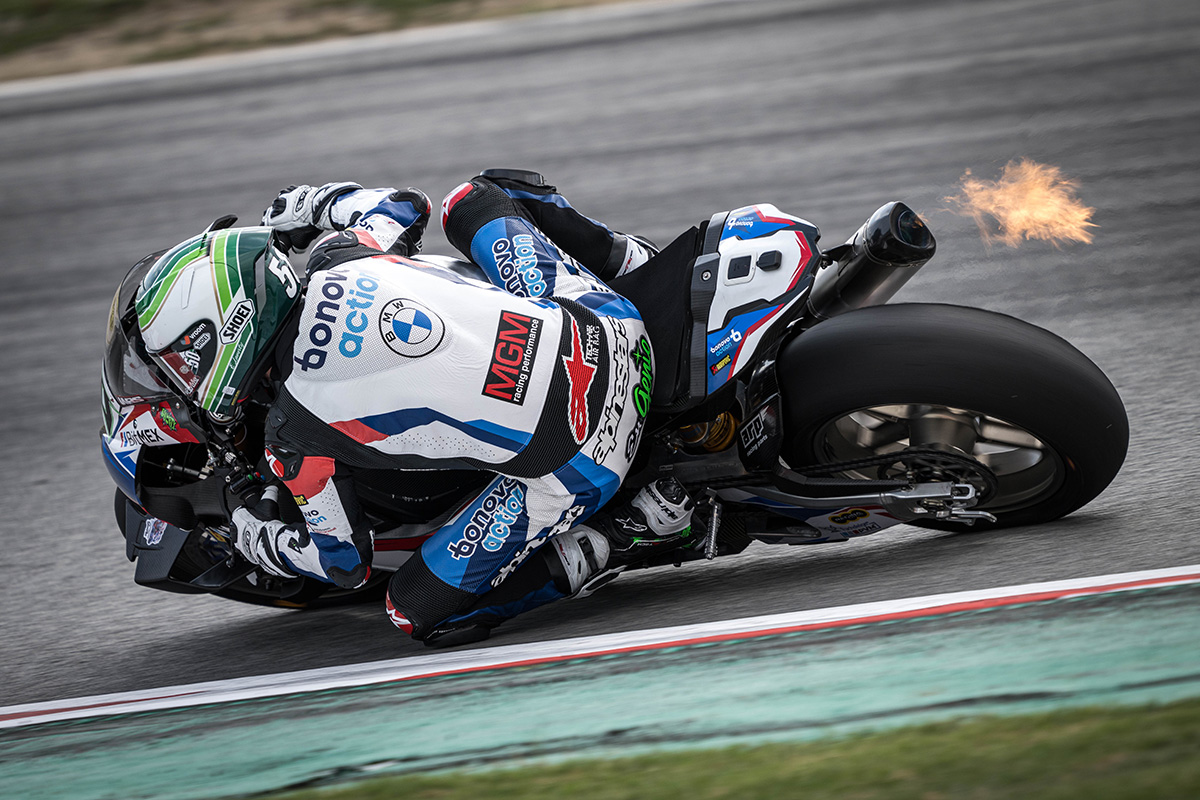 After three consecutive podium weekends, the eighth round of the FIM Superbike World Championship (WorldSBK) at Barcelona (ESP) proved to be more difficult for BMW Motorrad Motorsport, although Eugene Laverty returned to the top ten in race one.

All four BMW riders struggled in Superpole qualification on Saturday morning. Eugene qualified 16th. In race one on Saturday afternoon, both Bonovo action BMW Racing Team riders went on the hunt for a top ten finish. Eugene passed Baz on the penultimate corner to finish tenth, equalling his previous best result of the season.

The weekend continued with the Superpole race on Sunday morning, which determined the top nine grid positions for race two. Eugene was 14th, and he finished 14th in the afternoon’s Race 2.

Round nine of the WorldSBK season will take place in two weeks (7th to 9th October) at Portimão (POR).

“P14 today was a disappointing end compared to yesterday’s top ten finish because it was clear that in the long race yesterday, I was able to come forward in the last five laps. Today, in the beginning I tried to push a little bit more because I lost so much in the first laps yesterday, but I think I damaged the tyre a little bit more. While I was still strong during the last laps, I didn’t quite have the rhythm I had yesterday. It could have been another top ten again, but unfortunately, that was all I had to give. Overall, we scored some points and our pace was better than recently, which gives us reason for optimism for the final part of the season.”