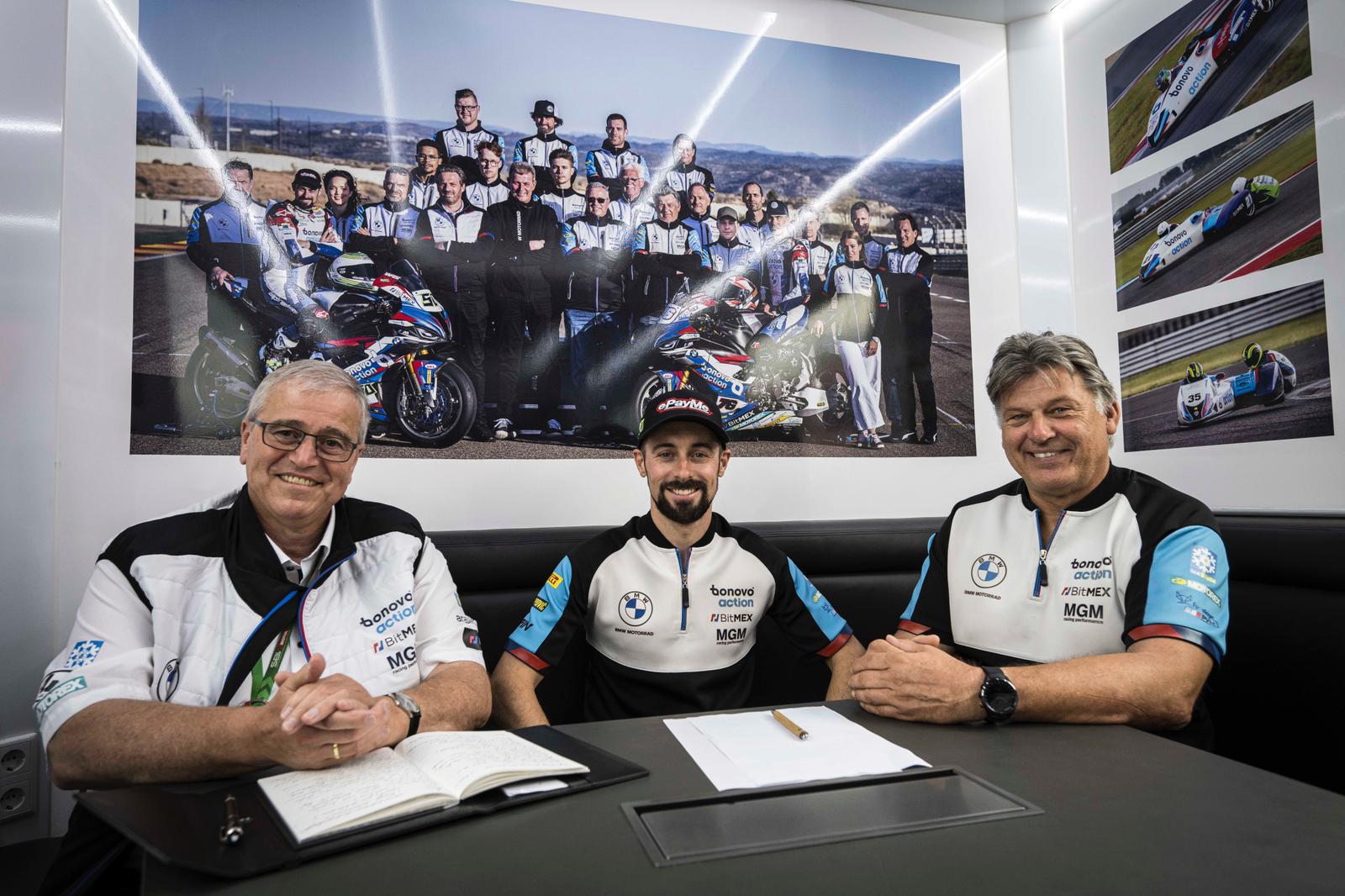 After racing as a BMW Motorrad works rider in the FIM Superbike World Championship (WorldSBK) for three years, Eugene Laverty (IRL) will take over a new role from 2023 on. The 36-year old Irishman will become co-owner and join the management of the Bonovo action BMW Racing Team from next year on. Apart from becoming part of the team management around team owner Jürgen Röder and team manager Michael Galinski, he will also bring in his vast experience as a rider coach for the team.

Eugene debuted in WorldSBK in 2011 and became second overall in the championship standings in 2013. In 2020, he joined BMW Motorrad Motorsport as a works rider, racing for the BMW Motorrad WorldSBK Team and claiming pole position in Magny-Cours (FRA). At the beginning of the 2021 season, he was in action for the Italian RC Squadra Corse team and then lined up for the BMW Motorrad World SBK Team in the later part of the season. This year, the BMW Motorrad works rider competes for the Bonovo action BMW Racing Team, the team he will take over a new role in after the 2022 season finale in November.

“Jürgen Röder and Michael Galinski made this proposal to me and I really appreciate that they believe I can fulfill this role”, Eugene said. “I wanted to finish in a strong way with some decent results, but obviously after the last rounds I had to change my thinking a little bit, as I’m having some difficulties. I really enjoy to be part of this team though, as it’s probably the best team I’ve ever ridden in during my career. And opportunities like this don’t come along very often. Jürgen has been looking for some fresh blood to entrust with the future of the team, but also someone with experience. This will be a completely different path of my career. It’s going to be a very interesting new challenge for me and I’ll have a lot to learn from Jürgen and Michael. At the same time I want to say thank you to BMW Motorrad Motorsport for their faith in the past three years. We will stay closely related through my new role also in the future.”

“It is great that Eugene will remain a part of the BMW WorldSBK family in his new role in the Bonovo action BMW Racing Team,” said BMW Motorrad Motorsport Director Marc Bongers. “We want to say a big thank you for the great commitment and professionalism he is has been bringing into our project since he joined as a works rider in 2020. This is something very special, particularly as he kept his commitment also when times have been not so easy. We all will work hard in his remaining races as a BMW Motorrad works rider to finish the season well together.”

“There will be a number of changes at Bonovo action BMW Racing in 2023,” explains Jürgen Röder. “Eugene will also be entrusted with other tasks next year, he will stay with the team and join the ownership structure, will work as a riding coach, will acquire sponsors together with me and also create new structures with me in relation to sustainability, that we strive for. We are very pleased that Eugene has accepted the offer we made him as we believe he is perfectly qualified to perform precisely this role and even if Michael and I should retire due to age, he can continue to do so as required . So I am delighted that everything is working out like this.”