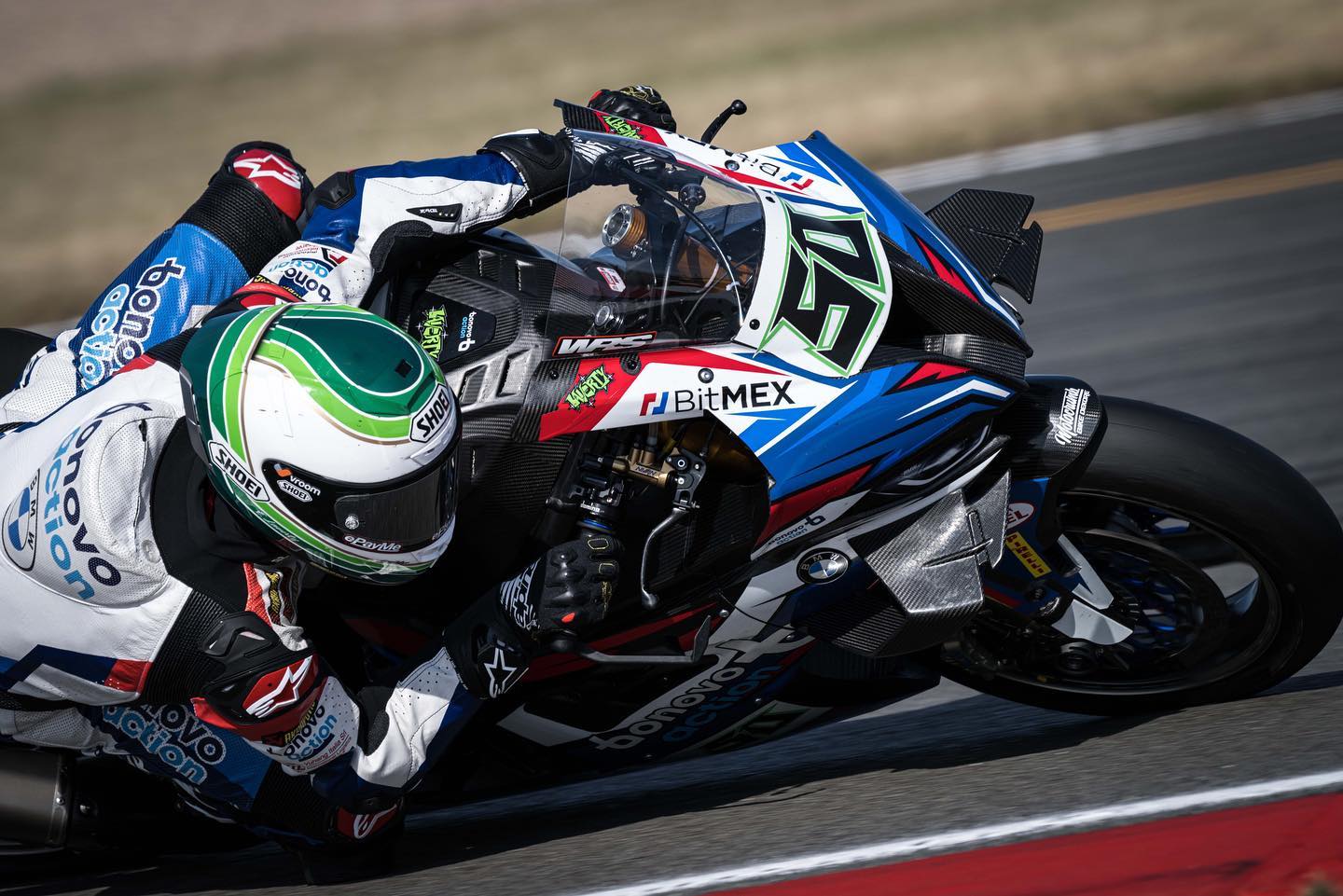 Eugene Laverty (IRL / Bonovo action BMW Racing Team) endured a difficult weekend at Donington Park. Eugene was struggling with pain in his arm at the weekend. He was 20th on Saturday afternoon and 23rd on Sunday morning, before having to retire from Sunday afternoon’s race.

Round six of the 2022 WorldSBK season takes place in two weeks (29th to 31st July) in Most in the Czech Republic.

Eugene Laverty, Bonovo action BMW Racing Team
(SP: 20 / R01: 20 / SP Race: 23 / R02: DNF):
“From the first laps it was a struggle. The team and I tried everything but there was no way to make the rear tyre work this weekend. It was clear that compared to the other three BMW riders when we checked the tyre consumption, I don’t use any. With my smaller size on this track, I cannot use the rear tyre, and this was the main problem all weekend. It was difficult, I am not a rider that likes to stop but in the final race there was no point in carrying on over the last laps as I was so far back. I did everything I could, the team never give up on me but right now it’s tough. We must regroup and look ahead to Most.”