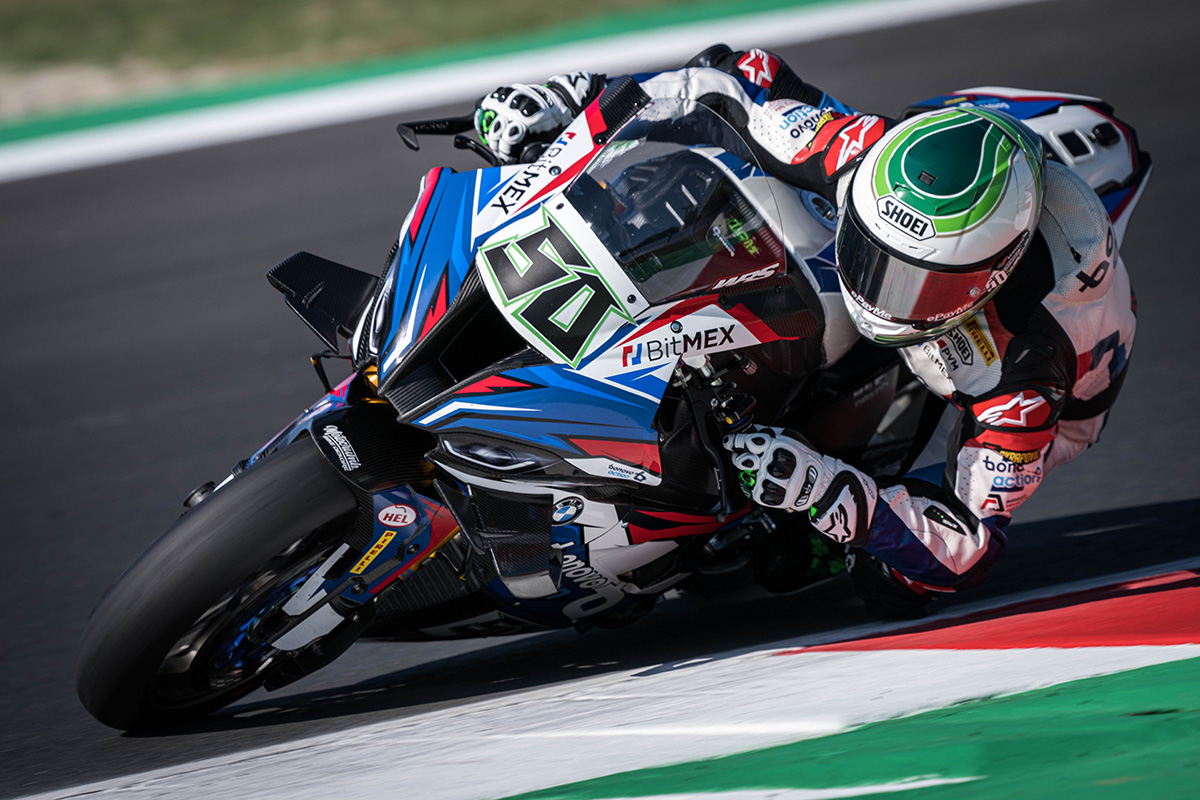 The Bonovo action BMW Racing Team struggled with technical issues at times at Misano. Eugene Laverty (IRL) did score points in both main races, but the team was denied the desired constant top-ten results – except for Baz’s tenth place in race two. Eugene came home 13th, 12th and 14th.

WorldSBK now takes a break for a few weeks. Round five of the season will take place from 15th to 17th July at Donington Park (GBR). BMW Motorrad Motorsport will go testing at Donington at the end of June.

Eugene Laverty, Bonovo action BMW Racing Team
(SP: 17 / R01: 13 / SP Race: 12 / R02: 14):
“It has been a really tough weekend. We have tried many things with the bike to try and improve our pace but it did not seem to have much impact so it was tough to make some progress but we did our best and this is the maximum we leave with this weekend. I can’t be happy with that, nor the team nor BMW. We all want to improve, we’ll keep working hard and try to return stronger in the next one because this is not satisfactory. For the next races at Donington, we need to be back in the top ten like at the first round at Aragón where we were strong but since then I have had difficulties so I need to get the good feeling back again.”