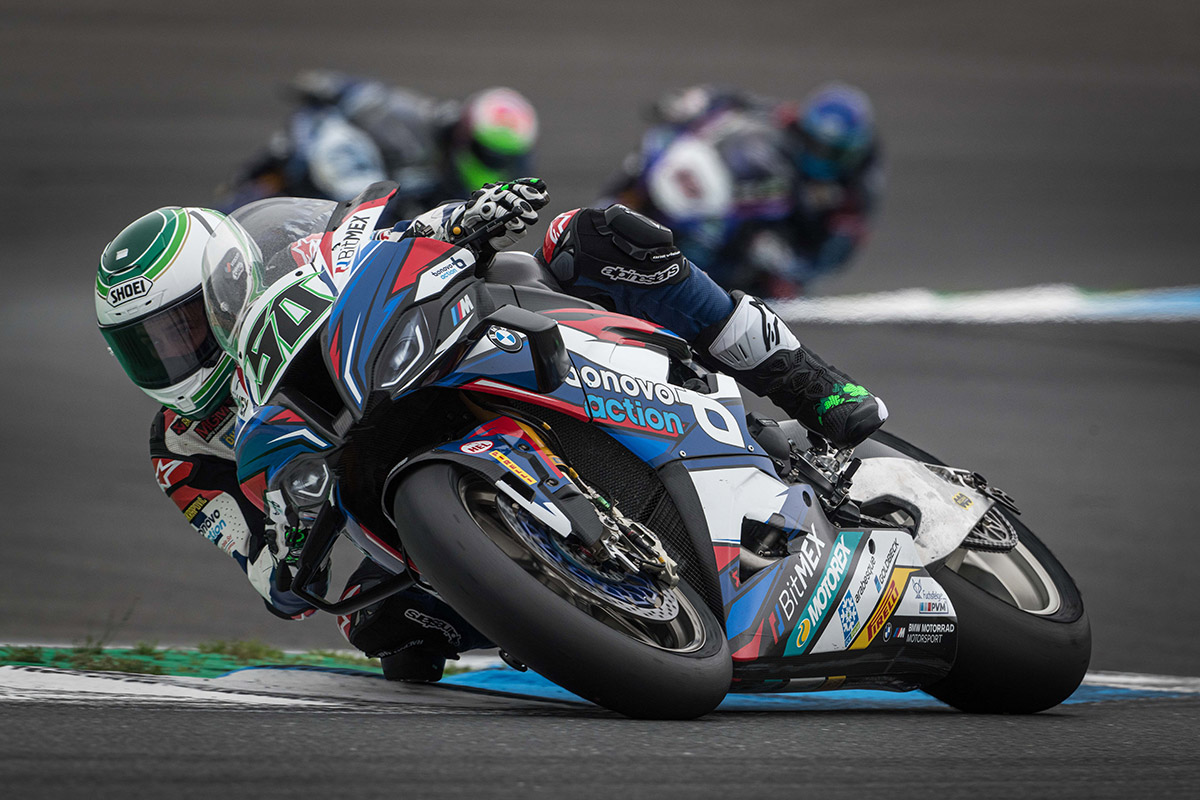 After the third race weekend of the 2022 FIM Superbike World Championship in Estoril (POR), the results were mixed for BMW Motorrad Motorsport. The Bonovo action BMW Racing Team took victory in the Independent classification with Loris Baz (FRA) on Saturday. However, Sunday did not go to plan for Baz and his team-mate Eugene Laverty (IRL).

Eugene, who was ninth in the Superpole, fell back in the race and had to settle for 15th place in Saturday’s Race 1.

Rain earlier in the day made for difficult, mixed conditions in the Superpole Race on Sunday morning. Eugene crashed out whilst running in the top eight. On Sunday afternoon he placed 14th.

Eugene Laverty
“My biggest disappointment was my crash in the Superpole race. I had eighth position secured and touched the wet part of the track, had a huge crash, destroyed the bike and gave the mechanics some extra work. In race two I struggled with the brakes. It was a weekend to forget, but let’s move on. In general, the bike feels like its working well on one lap here, that’s good. But we are having problems this year with the rear tyre after a few laps and this is what we need to work on. It’s clear that I need something different as I am a smaller rider compared to the other three BMW guys so I need to work on something to push better on the rear tyre for me.”