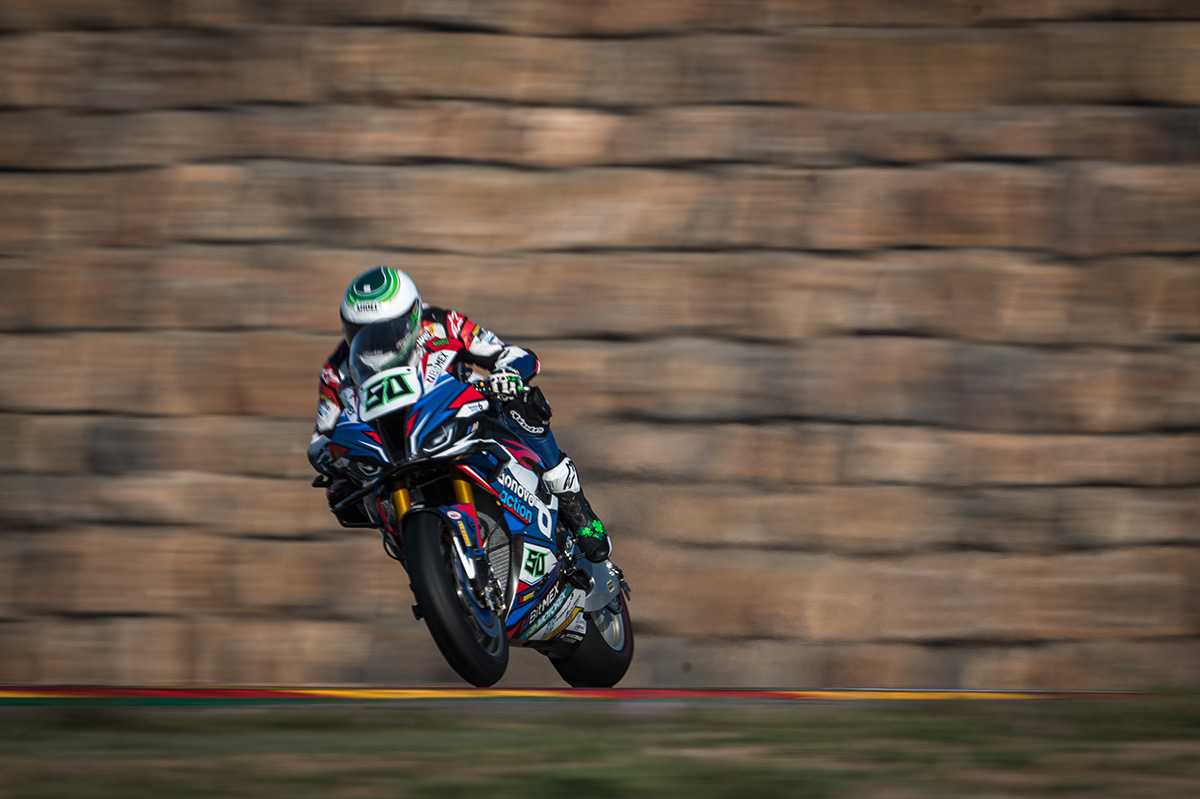 The Bonovo action BMW Racing Team came into the season-opener with its sights set on the top ten – and successfully achieved that goal. Eugene finished tenth in race one on Saturday, just ahead of his team-mate Baz, and came home 12th in Race 2.

Round two of the 2022 WorldSBK season will take place from 22nd to 24th April in Assen, Netherlands.

Eugene Laverty, Bonovo action BMW Racing Team (SP: 14 / R01: 10 / SP Race: 11 / R02: 12):
“In the Superpole Race, the bike felt really good. I really wanted to be in the top-9 to change my grid position for race two, but I just did not have the pace to beat those guys. But anyway, the performance was good. In race two this afternoon, the temperature was higher and I was in difficulties with the front tyre. That did not allow me to catch the group for seventh position. My pace was more or less the same than theirs but it was not meant to be today, I had lost too many positions in the early laps and was not able to recover. It was great for the team that Loris was seventh. The Bonovo action BMW Racing Team can be really proud of the effort they all put in not just this weekend, but also in winter testing.”