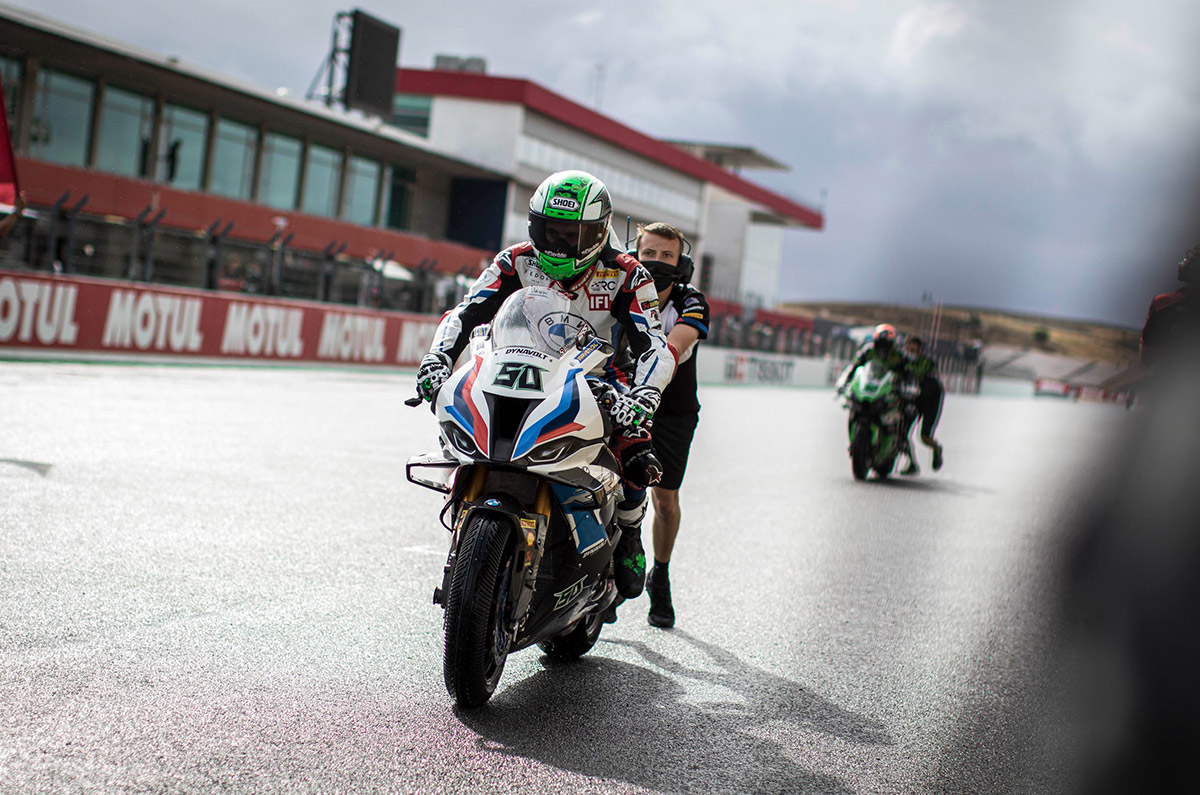 Eugene Laverty, racing in place of Tom Sykes again at Portimão, moved up from 13th on the grid to ninth position in the Superpole race. In the afternoon’s second race, he crossed the line in tenth place.

The eleventh round of the season at Portimão marks the end of the European season in the WorldSBK 2021. The racing continues in two weeks with the penultimate event of the season in Argentina, while the finale will take place in Indonesia in November.

Eugene Laverty
“It was an OK day, but I am not satisfied with the race results as I wanted to be further up the field. We have tried to make the bike mine and we did make some progress in the dry race this afternoon, but I still couldn’t get the bike to load the front and have agility, so it was tough to finish like that. The wet race was nice. I did struggle in the first three laps to get heat into the rear tyre but once I got some temperature in the tyre it was enjoyable, and we got a good result from it.”