Eugene sets to work at Portimao 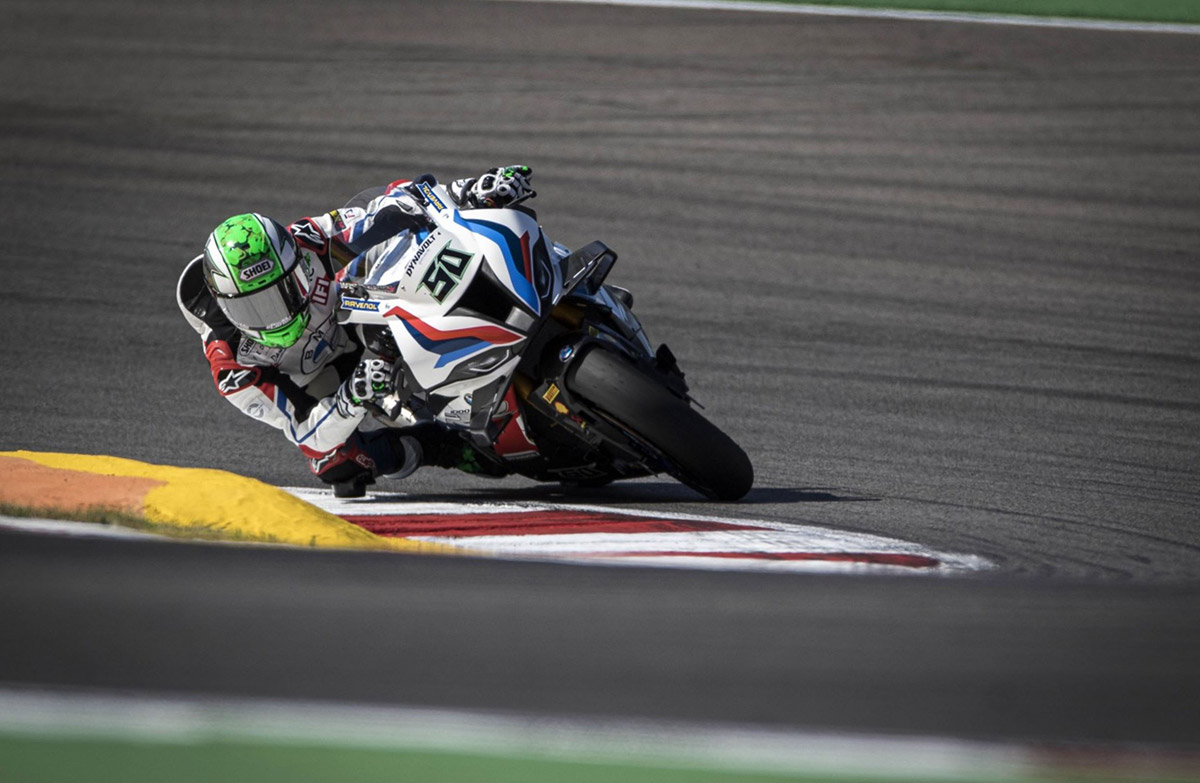 The BMW Motorrad WorldSBK Team kicked off the final race weekend in Europe after completing today’s free practice sessions at the Autódromo Internacional do Algarve (Portugal). BMW Factory rider Eugene Laverty again stepped in for Tom Sykes as he was declared unfit to ride by the circuit medical team. Eugene began his FP1 well and was inside the top 10 until he crashed at T8 in dramatic fashion.

Fortunately, Eugene was OK, however his BMW M1000RR was damaged in the crash and was unable to finish the session. Eugene made some changes to his bike for the FP2 and posted some respectable times as he ran a race simulation on the same tyre throughout. His overall position on day 1 was P15.

Eugene Laverty
“Today started out disastrous with the crash I had this morning. I touched the white line at T8 just as Leon Haslam had done just before but I didn’t expect it to be like ice and crashed quite suddenly. I was lucky to come away unscathed but unfortunately destroyed the bike. In the end it has become a positive as I destroyed that chassis so I had to try a different spec chassis which turned out to be better for me. Midway through FP2 we used my electronic set up from earlier in the year, so in terms of traction control and power delivery that transformed the bike. It now feels like my bike I had at the end of 2020. So I finished the day very pleased.”