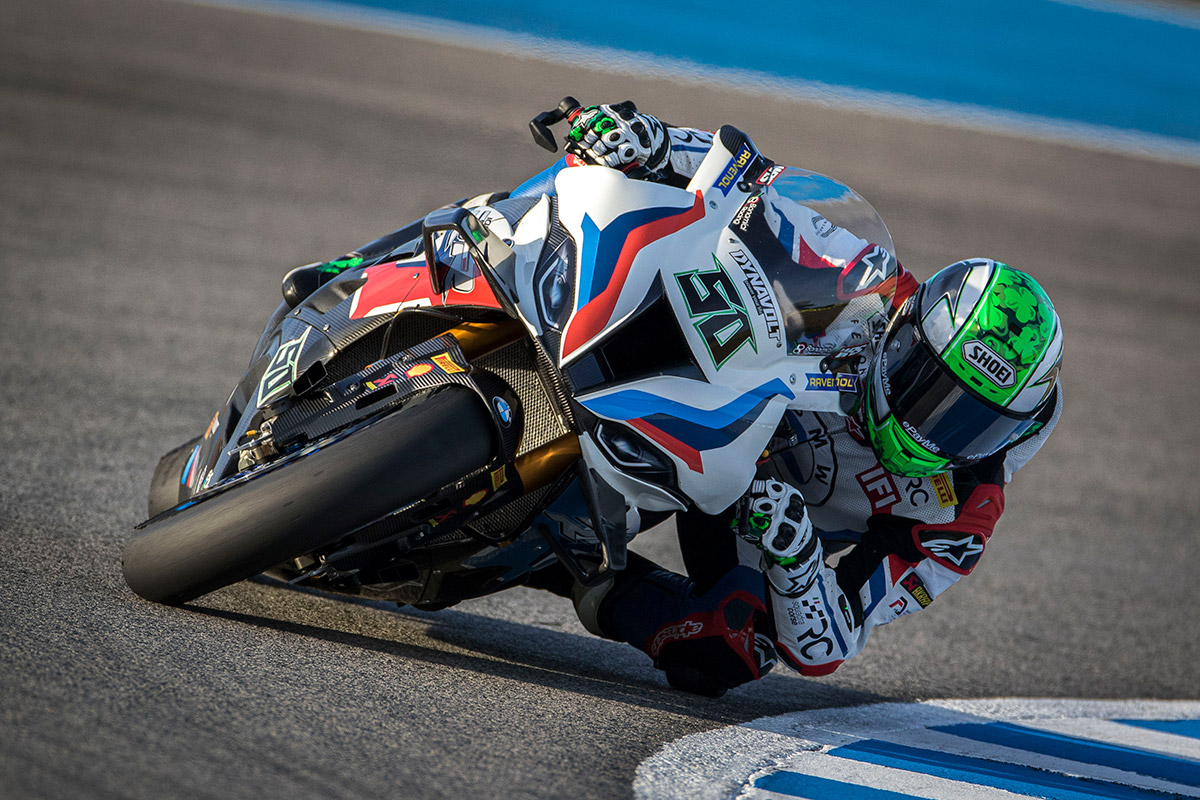 After the tragic accident, all the remaining races scheduled for Saturday were cancelled. In consultation with Viñales’ family, it was decided to continue the race weekend on Sunday and to stage the races in memory of the young rider. On Sunday morning, the paddock paid its respects with a minute’s silence. Sunday’s itinerary was amended to feature two 20-lap WorldSBK races.

Deputizing for Tom Sykes in the BMW Motorrad WorldSBK Team in Jerez de la Frontera was Eugene Laverty. In light of the injury that Sykes suffered last Sunday in Barcelona, the decision was taken for him to sit out the Jerez weekend. Eugene was 12th and 11th in the two races.

Eugene Laverty, BMW Motorrad WorldSBK Team:
“First of all, my thoughts are with Dean’s family and friends and I’d like to express my condolences to them. It was a shock for all of us when we heard of the tragic loss of such a young life yesterday. Sporting wise, my objective was to be closer to the front, so I’m disappointed with the race results. We were working all weekend to get the bike to feel more like the bike that I had in the second half of last year and the first half of this year, but it just felt like a different bike under acceleration. Something was amiss in terms of power delivery on corner exit and we didn’t have enough time on track to really get to the bottom of it. I did what I could and a big thank you to BMW Motorrad Motorsport and the BMW Motorrad WorldSBK Team for allowing me to come back for this weekend.”