Eugene sets to work in free practice sessions at Jerez 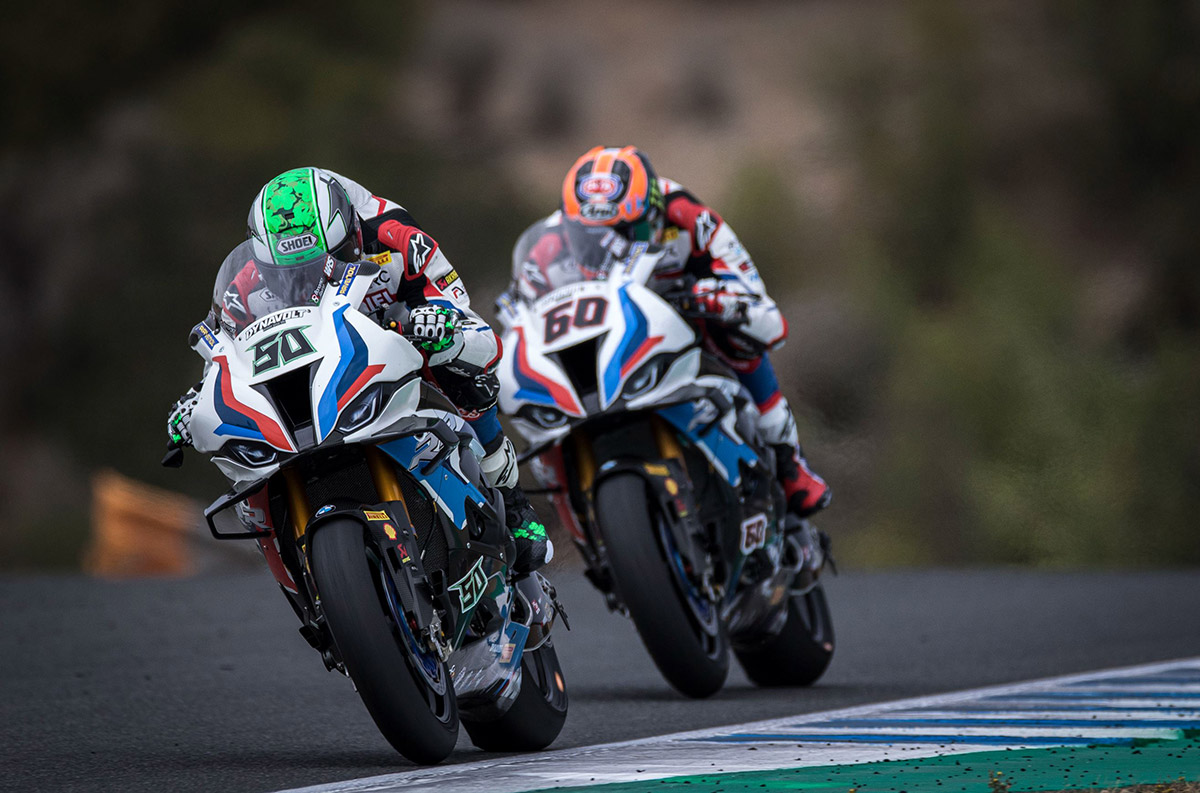 Eugene Laverty, who is standing in for the injured Tom Sykes (GBR), was first out of the pitlane in this morning’s FP1 session following almost a 3-month absence in the championship. It took Eugene a full session to get up to speed with his BMW M 1000 RR as he finished in P20 in FP1 (1’42.288), however improving his lap time by over a second in FP2 (1’41.197) finishing in P14 overall for the day.

EUGENE LAVERTY
“Today started out quite difficult after so long away, I think I was down in 20th position. This afternoon we made some big strides forward despite my fastest lap being taken away from me following Bautista’s crash. That lap was the same as Mickey’s and that’s the goal, to be near him as he is the reference on the same bike. The bike’s working well. We just need a bit more feedback from the front tyre as I’m struggling to get a good sensation there. But it’s the second session on the bike, and I think we can be happy with our work.”