Eugene wraps up strong Sunday in Estoril with ninth place 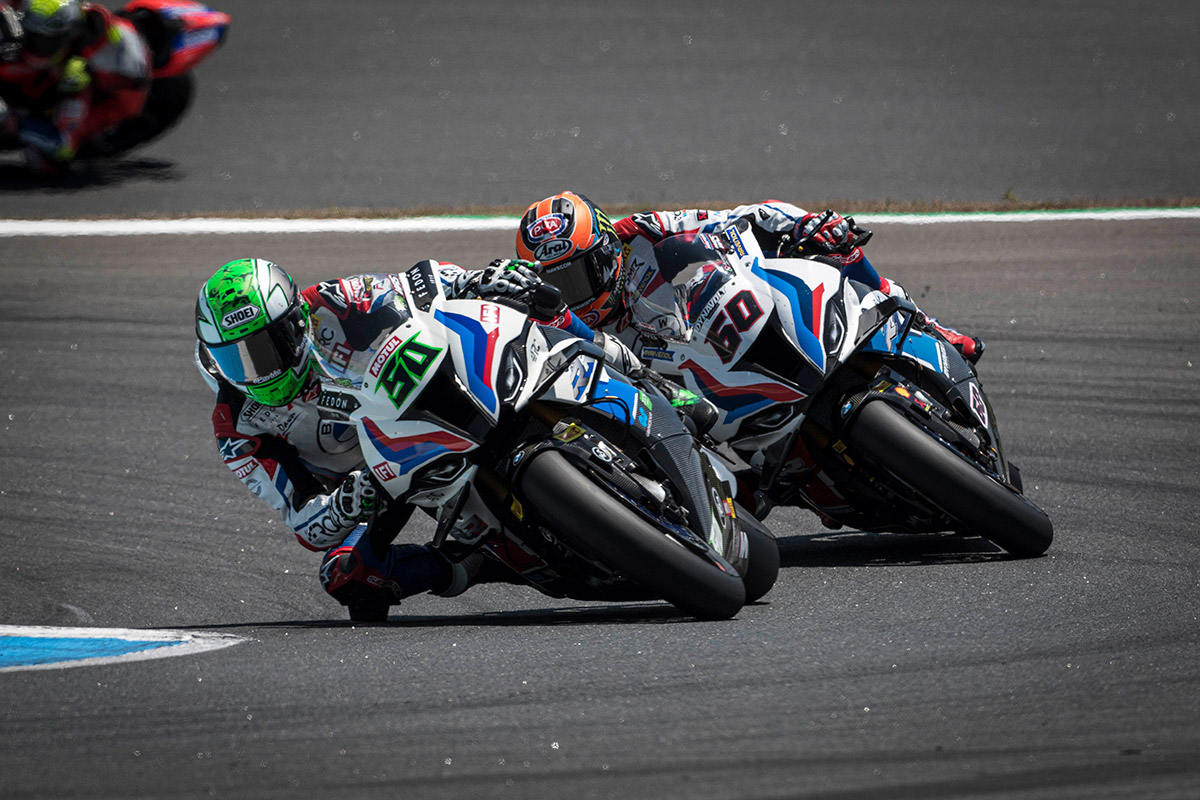 Starting from 13th on the grid in the morning’s Superpole Race, Eugene leapt forward from the start and crossed the line in eighth after ten laps.

In the second race, that featured incidents and falls in the leading group, Eugene made another great start from eighth on the grid, moving up to fifth. He held third place for a short time after Garrett Gerloff (USA) and Michael Ruben Rinaldi (ITA) retired due to a collision. He slipped back as the race continued, but finished ninth to secure his second top ten result of the day.

The third round of the WorldSBK 2021 will take place from 11th to 13th June in Misano, Italy.

Eugene Laverty, RC Squadra Corse:
“It has been a bitter-sweet day, because my speed is there and, honestly, this year the BMW M 1000 RR is such a huge step forward. The Aragón race weekend was my first proper ride on this new bike, so I am still understanding how to get the most from it. This weekend, wow, the bike was fantastic, and in the final race I felt so good to fight with these guys in the first laps and to get up into third position. But in this heat I had to take care of the brakes, so I had to let the other riders’ go and ride in clear air to cool the brakes. Now we will be 100 per cent ready in Misano. These first two rounds have more been like a test, and from Misano on we will start the season properly.”