Eugene’s performance and pace go unrewarded in Estoril Race One 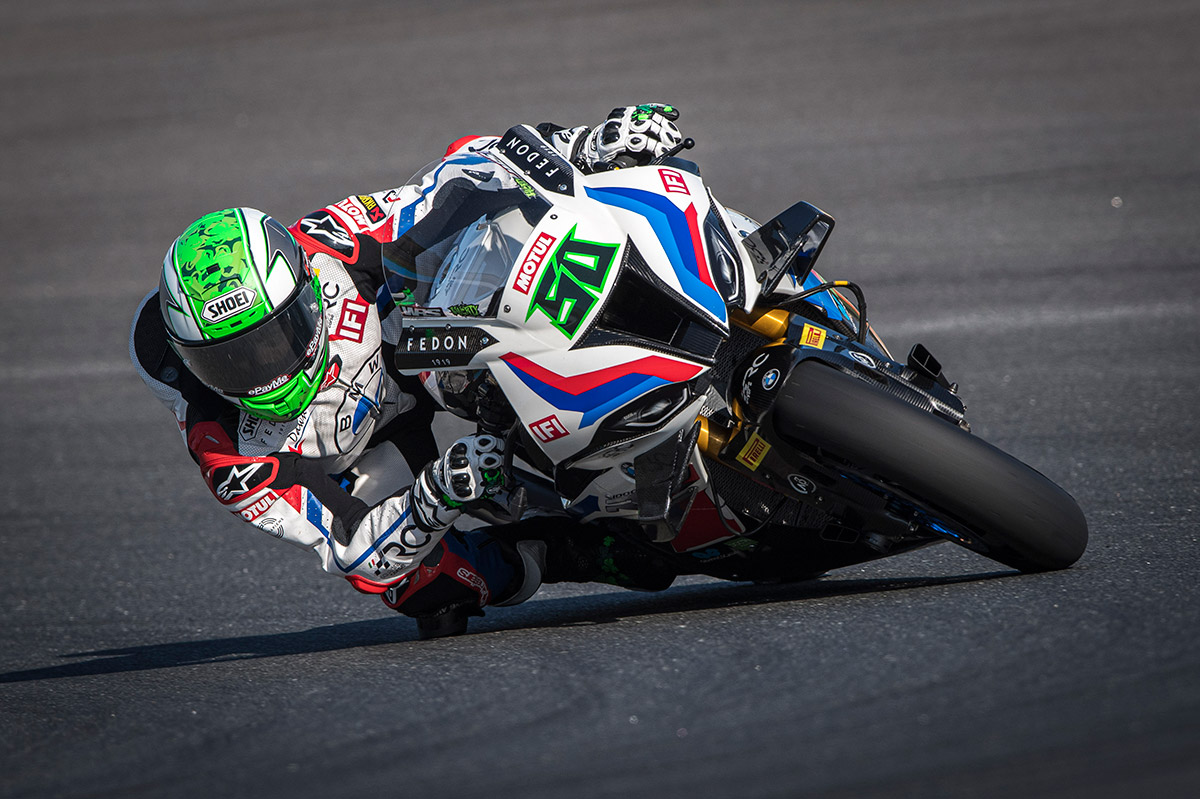 The second round of the 2021 FIM Superbike World Championship (WorldSBK) season is taking place in Estoril, Portugal. Eugene Laverty (IRL) from BMW satellite team RC Squadra Corse finished 18th, scant reward for the convincing performance he produced in qualifying and during the race.

Eugene went off like a rocket from 13th on the grid, moving up to ninth through the first turns. He managed to hold on to seventh place between laps four and nine, before suffering a fall that put paid to his hopes of securing a top result. Laverty did return to the track but had to settle for 18th. Folger lost some places at the start and was unable to make any progress thereafter, crossing the line in 16th.

Eugene Laverty, RC Squadra Corse:
“All weekend has been fantastic. The feeling of the bike is so good and we had a good feeling in every practice and in qualifying. The reality was that I was eighth fastest but then there was this penalty. In the race, I was very happy with my first laps. I gained positions, I was doing really fast lap times, 1:37.8, 1:37.9 and I was really consistent. Then in corner four, I just asked a little bit too much of the front and crashed. It was my mistake, but I am feeling really good with this bike on a track where last year we were not so strong. So I am optimistic for tomorrow.”