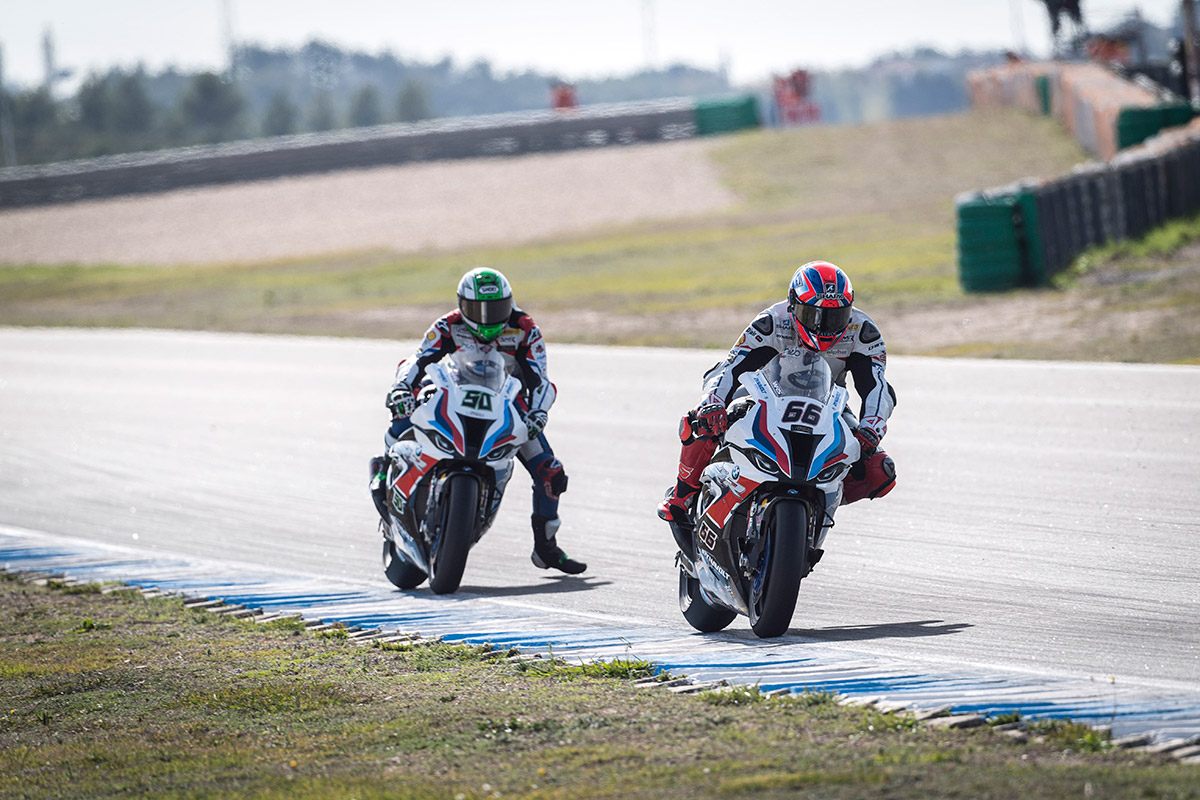 An unusual and truncated 2020 season in the FIM Superbike World Championship (WorldSBK) has come to end after just eight rounds. The BMW Motorrad WorldSBK Team completed the final weekend at Estoril (POR) with a top ten finish when Tom Sykes (GBR) claimed tenth place in race two on Sunday afternoon. In his final race for the BMW Motorrad WorldSBK Team, Eugene Laverty (IRL) crossed the line in twelfth place. In the Superpole race on Sunday morning, Sykes and Laverty finished in eleventh and 16th position.

The BMW Motorrad WorldSBK Team has already started preparations for the upcoming season. The team will complete a day of testing at the ‘Circuito do Estoril’ on Monday.

Eugene Laverty
“This weekend as a whole has been very difficult here at Estoril. From the first practice, it was clear that with so many slow corners it was not suited to our bike, but we never gave up and worked hard. The good thing was that we did make progress in today’s race as our pace was stronger than yesterday’s so we can be satisfied we moved forward. Throughout our season, we made progress, especially in the latter part of the year. Most notable was Magny-Cours with our pole position, but unfortunately the season has been short with only eight rounds as I would have liked to be longer on the bike. The season for us is now over and it’s time for me to start thinking about 2021.”