Twelfth on a tough Saturday at Estoril for Eugene 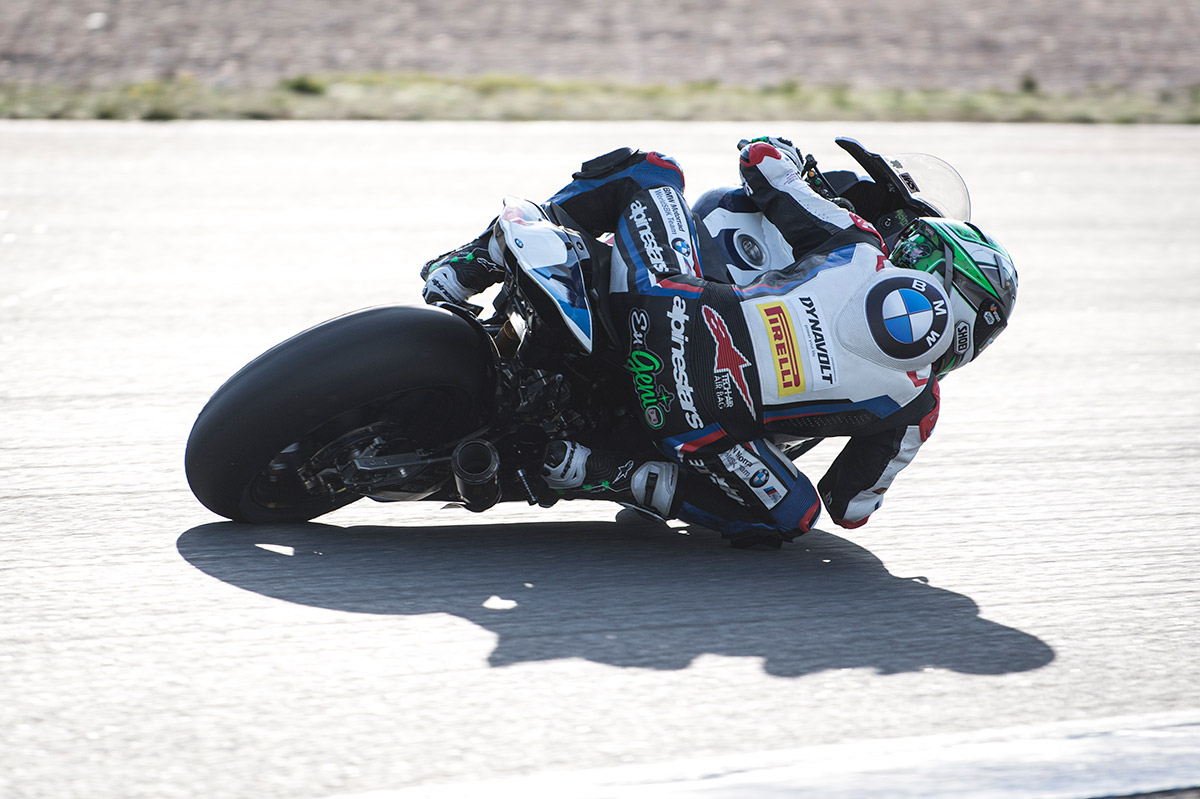 The 2020 season in the FIM Superbike World Championship (WorldSBK) is approaching its conclusion and the first race of the final weekend at Estoril (POR) is over. The two BMW Motorrad WorldSBK Team riders, Tom Sykes (GBR) and Eugene Laverty (IRL), finished race one on Saturday in tenth and twelfth positions.

The ‘Circuito do Estoril’ is hosting WorldSBK for the first time since 1993. Friday was all about getting to know the idiosyncrasies of the circuit, while Saturday featured another practice session, Superpole qualification and race one.

In Superpole, Sykes and Laverty qualified in tenth and 14th with their BMW S 1000 RRs. Both riders lost places at the start of the race. As the race progressed, they both defended their positions but found it impossible to mount any attacks. Sykes and Laverty both move up after riders ahead of them retired from the race and after 21 laps, Sykes took the chequered flag line in tenth, with Eugene in twelfth.

Eugene Laverty
“This track is tough for us in general. These slow first gear corners are just not suited to our bike, but I did what I could today. We were slow but at least we were consistent and kept within three tenths of my lap time from the start. Regardless of that we gained some good information, I played around with my body position to try give the guys some direction to work in so again we will try something else for tomorrow’s final two races. Our problem is that we are struggling to get the bike stopped and have that punch out of the corners. But we have some ideas, it’s not going to be a miracle overnight but we must make progress.”