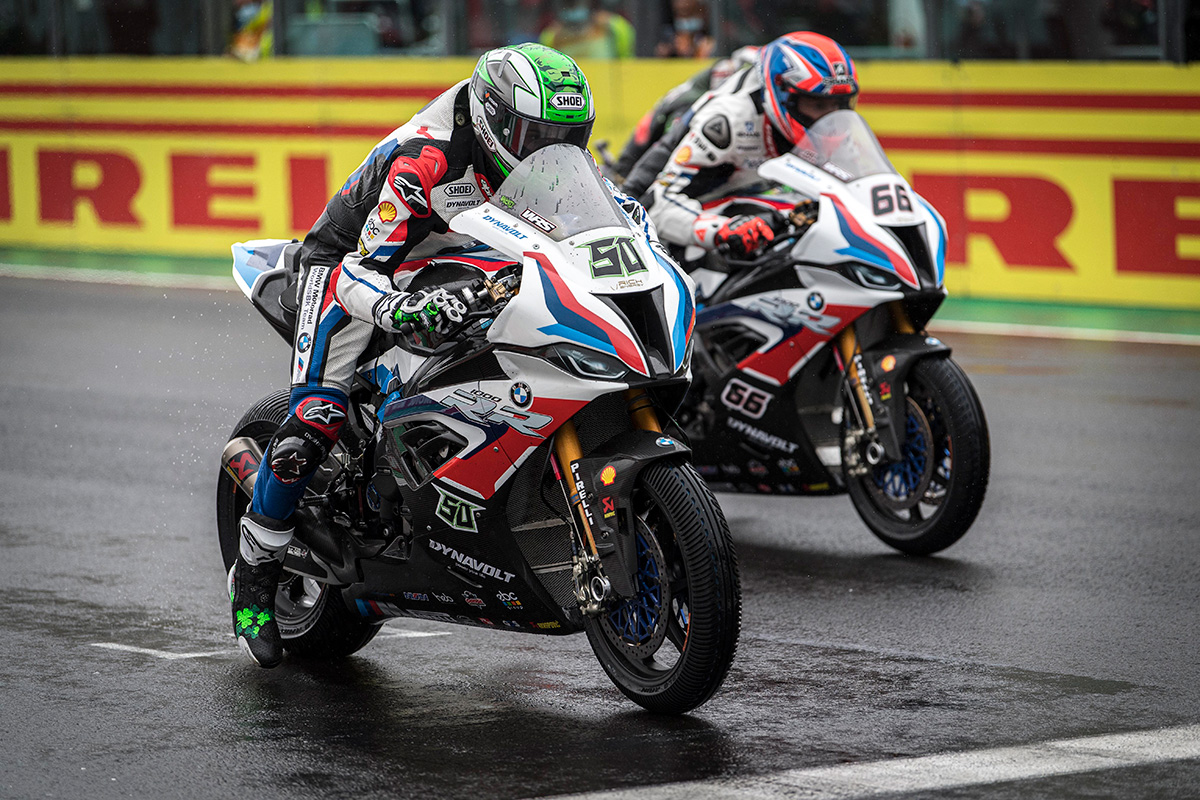 The BMW Motorrad WorldSBK Team showed its class during Superpole qualification in the FIM Superbike World Championship (WorldSBK) at Magny-Cours (FRA), recording the first qualifying 1-2 for BMW Motorrad in WorldSBK. Eugene Laverty (IRL) claimed pole position on his BMW S 1000 RR, closely followed by his team-mate Tom Sykes (GBR) in second place. However, neither rider was at fault when both were forced to retire early from the race. Magny-Cours is hosting the seventh and penultimate round of the 2020 WorldSBK season.

Superpole qualification on Saturday morning took place in extremely tricky conditions. After a period of rain, the sun appeared just in time for Superpole. The two BMW Motorrad WorldSBK Team riders were initially in the midfield, before really cutting loose towards the end of qualification. Team celebrations were big when Eugene secured his first pole position on the BMW S 1000 RR and his team-mate Sykes rounded off the success by claiming second place.

The team was correspondingly optimistic ahead of the first race in the afternoon. It had started to rain around an hour before the start, but the RR had proved to be extremely competitive with the wet-weather setup. However, hopes of claiming top results were soon dashed as Laverty and Sykes fell victim to an unfortunate sequence of events in turn one. There was contact between Garrett Gerloff (USA) and Sykes, who then began to slide and clipped Laverty’s rear wheel. Both BMW riders crashed and the race was over, though thankfully, neither rider was injured.

Eugene Laverty
“After the fantastic qualifying we took pole position and I was feeling optimistic ahead of race one. My aim was to bide my time and see where we ended up. Our bike has been working fantastic in these wet conditions, so I knew we had a good chance today. Our aim after the great qualifying session was to get that podium, so starting from P1 gave us the perfect chance to do that. Unfortunately, that was not the case after getting taken out from a crash caused by Garrett Gerloff. I am really angry about this crash because in a wet race like this to go in at the angle he did at T1 is not really the smart thing to do. It’s lucky that nobody got seriously hurt. However, tomorrow is another day, we will get another chance to showcase our potential, I will push hard from the off and get stuck in.”