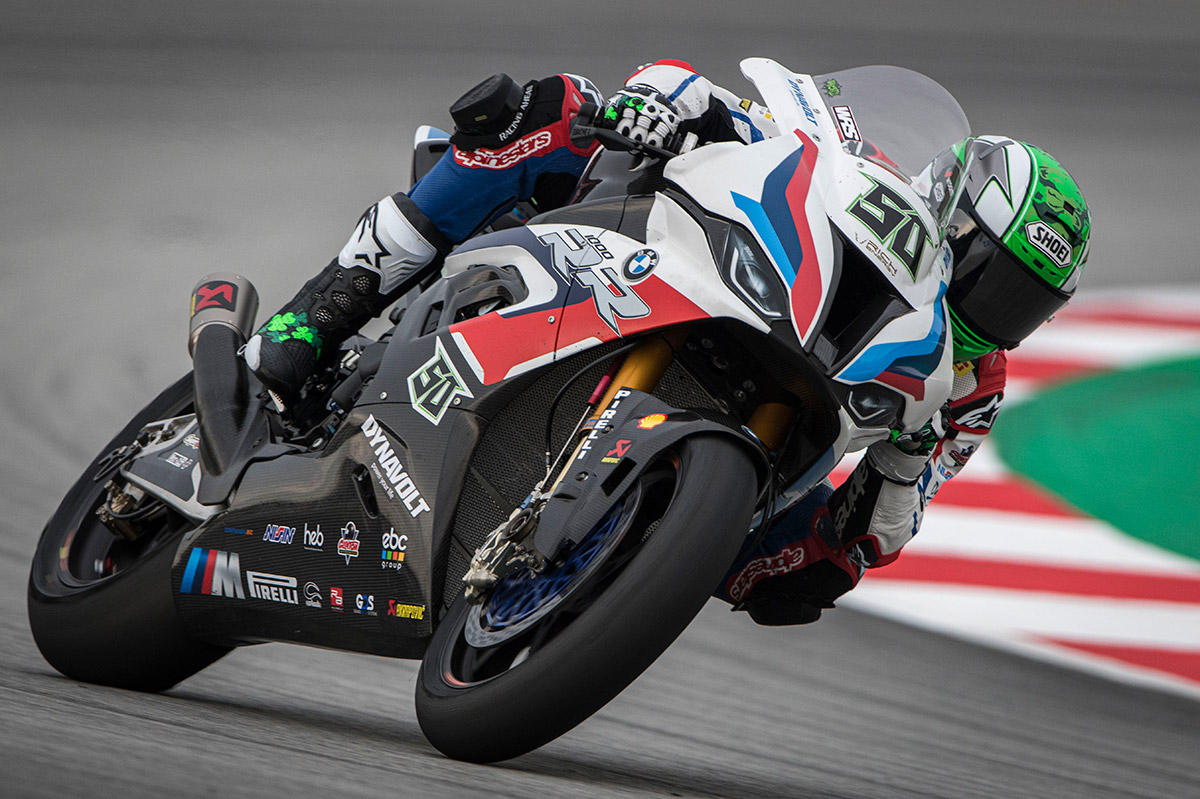 The BMW Motorrad WorldSBK Team returned to action at the Catalunya-Barcelona circuit after completing todays two free practice sessions. Eugene Laverty had a solid FP1 and following on from his good form in the test here back in July, had good pace. Eugene went through FP1 lapping low 1’43.000 times which will bode well for him in the race tomorrow. Norge ended his FP1 in P12 (1’43.027).

FP2 was a different story for the BMW Motorrad WorldSBK Team as the heavens opened, calling for a wet second practice. With times expectedly slower than this morning it gave the team a chance to dial in their wet settings and perfect it for the unexpected forecast this #CatalanWorldSBK weekend. Despite the rain Eugene finished in P9, P12 also on todays combined FP1 and FP2 results.

Eugene Laverty
“Today was a good day, and right from start of the session we were up in the second and third positions for a while. We decided to stay on the used tyre as we were testing a different rear setting on the bike for the race, this meant we got bumped down the order towards the end but reality is we were likely in the top 6, which is the first time this year. The second session we ended up in P9, this was good for us as the last time I rode the bike in the wet was in Phillip Island, which we didn’t have a good feeling on. My aim as normal for tomorrow is to get up into that top 6 in qualifying, this will give us a real good chance for the opening race.”