Solid Saturday for Eugene at #TeruelWorldSBK 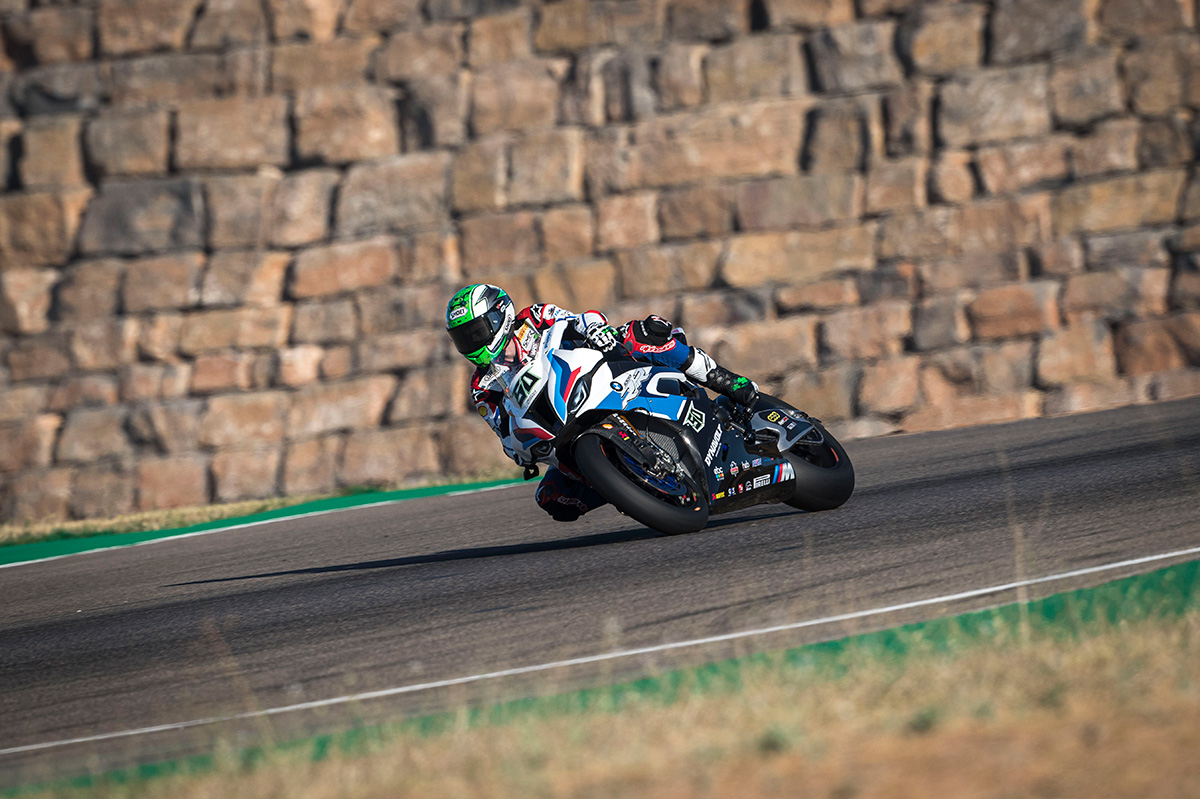 After a difficult first race weekend in the FIM Superbike World Championship at MotorLand Aragón (ESP), the BMW Motorrad WorldSBK Team recorded an upwards trend in the second part of the double-header. Eugene Laverty sparkled in the first race with a strong recovery to move up into eighth place, claiming his best race result so far with BMW.

The racetrack near Alcañiz hosts the WorldSBK for the second time in the space of just a few days. The fifth round of the 2020 season is being held there this weekend. In the Superpole on Saturday morning Sykes got the fourth-fastest time, which saw him qualifying for the second row of the grid. Eugene finished qualifying in 16th place.

In the race on Saturday afternoon, initially Sykes held his ground in the top 5, but lost positions as the race went on, finishing in tenth. Meanwhile, Eugene set off on his journey up the field from 16th on the grid. On lap 14 of 20 he had reached the top 10, on lap 16 he moved up into eighth place, where he remained until the finish line.

Eugene Laverty
“Actually, it has been our best race so far this year. Starting from 16th is still difficult but unfortunately at the moment we can’t go faster with the bike. But at least we can keep a good rhythm in the race. It’s tough from down there but I managed to come forward in the second half of the race and I used a bit of my experience to manage the bike well in the end when the tyres were slimy and the others suffered and were making mistakes but I kept smooth and came forward. It was a good race and I think we have definitely done something. For tomorrow’s Superpole Race I’ve given myself a task because it’s going to be tough from P16 but I will be aiming for the top nine because that gives you a top nine grid position for race two. That is going to be my only goal for the Superpole Race. And in the final race – no matter where I will be starting from – I got to go forward. We are trying to improve the bike further and to finish the weekend on a real high.”