Eugene makes good progress on day one at Aragon #TeruelWorldSBK round 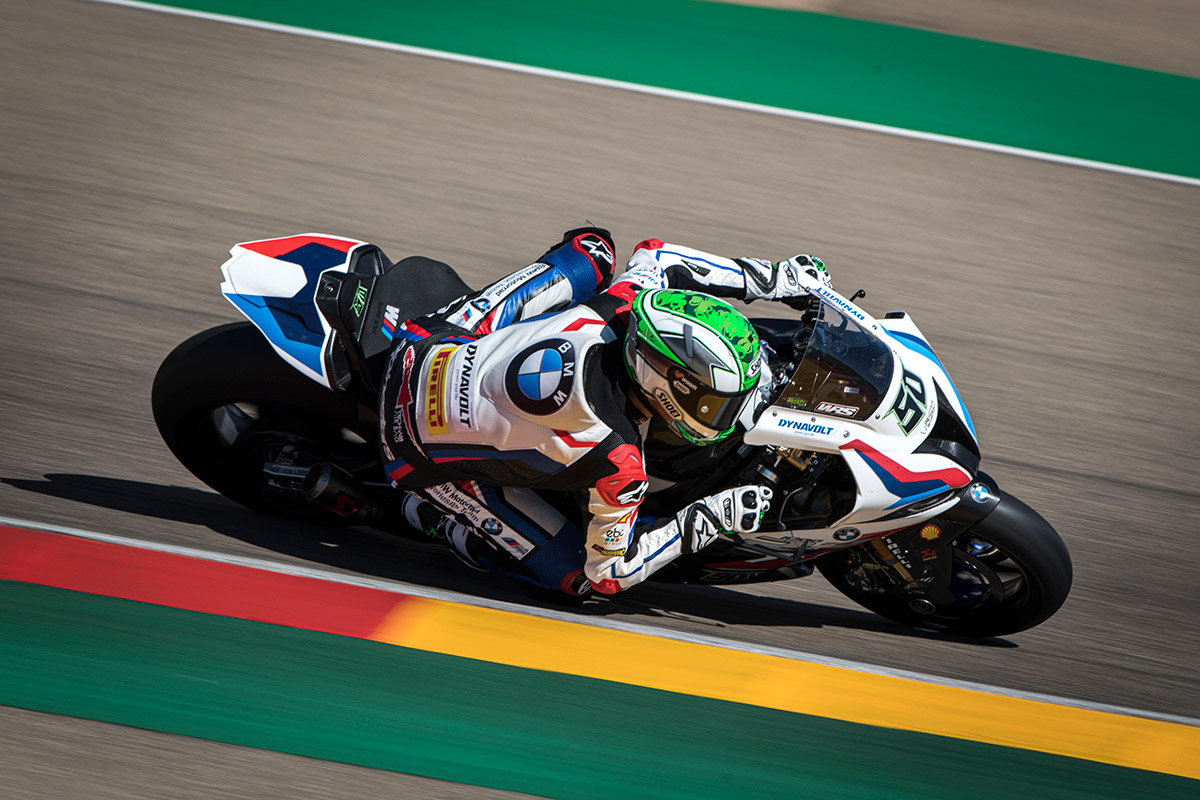 The BMW Motorrad WorldSBK Team today returned to the Motorland Aragón circuit in Spain just 5 days after Round 4 #AragonWorldSBK. Round 5’s Free Practice was a positive improvement from last weeks results with Eugene Laverty taking some good steps forward on the BMW S 1000 RR in FP1 placing himself in P12 with a (1’51.113), just +0.113 from Leon Haslam in tenth position.

The afternoon’s FP2 session saw a considerable rise in track temperature which meant the likelihood of times improving were very slim. Eugene did not improve on his FP1 time however, after making fork height and head angle changes to his BMW S 1000 RR made a good step forward in set-up from FP2 going into tomorrow Superpole and Race 1.

Eugene Laverty
“I’m happy with the progress we made today because we changed the bike radically for this morning. We found some benefits but the negative was clear as we expected. Sometimes you have to make a compromise, that’s been the aim for FP2 to make a compromise but keep the gain we achieved this morning in the long corners. I think its been a good testing day but we are clearly not in the position we want to be in. The key for tomorrow is to get into those front two rows, but right now we don’t have the pace for that. That’s always been my aim but if we can get a good qualifying position for tomorrow, in the hot conditions It will be interesting to see where we end up.”