Eugene closes tough #AragonWorldSBK weekend with a sixteenth and a fourteenth 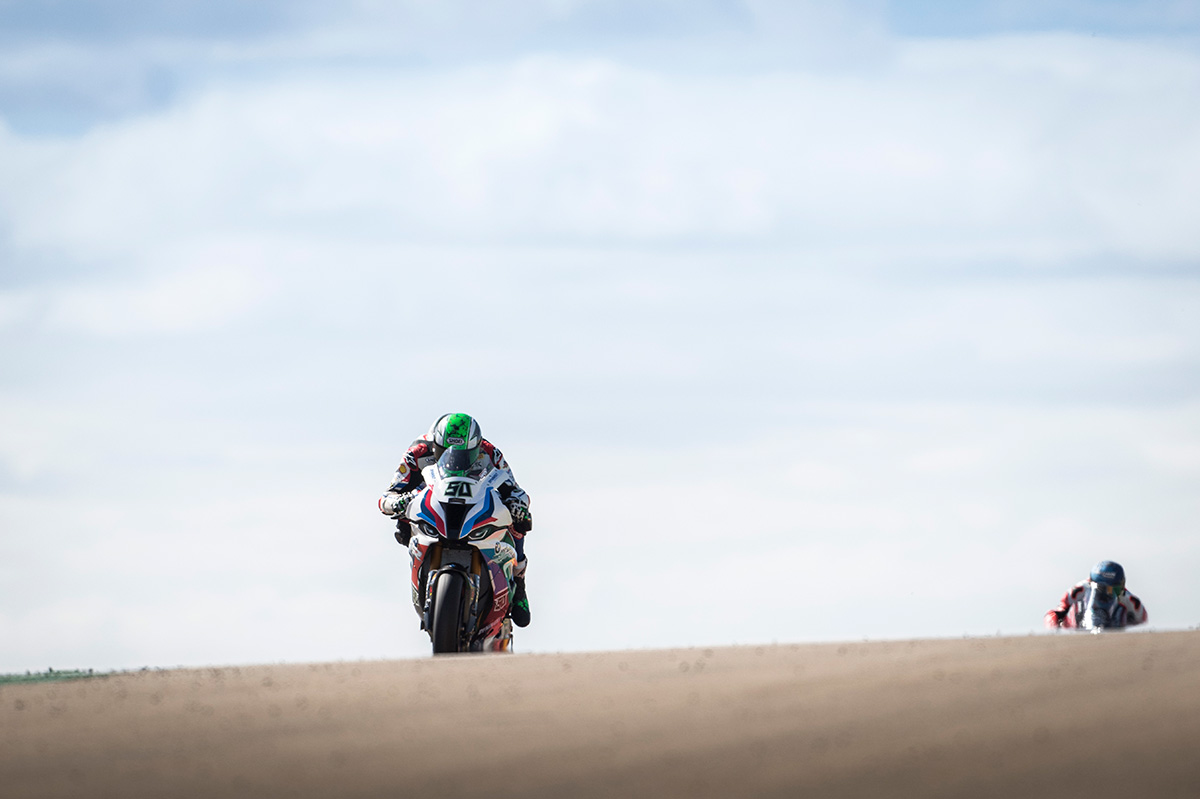 After a disappointing Saturday at MotorLand Aragón (ESP), BMW Motorrad WorldSBK Team worked hard overnight which saw them make some improvements. Despite the difficult starting position in Sunday’s race, this progress enabled them to finish in the points, Eugene Laverty (IRL) finishing in 14th.

Eugene started the Superpole Race on Sunday morning from 18th on the grid and managed to finish in 16th, just behind teammate Tom Sykes. In the second main race on Sunday afternoon, the two riders finished in the points after starting near the back of the grid, Sykes in P12 and Eugene in P14.

EUGENE LAVERTY
“The weekend as a whole has been so tough, which I didn’t see coming. Starting down the grid made it difficult, but we just didn’t have the pace. However, finally today we found what we needed so we were able to make progress with the bike in the final race two. So that at least gives us some direction for next week in Aragón, but we have lost an entire weekend.”