Difficult Saturday for Eugene at #AragonWorldSBK 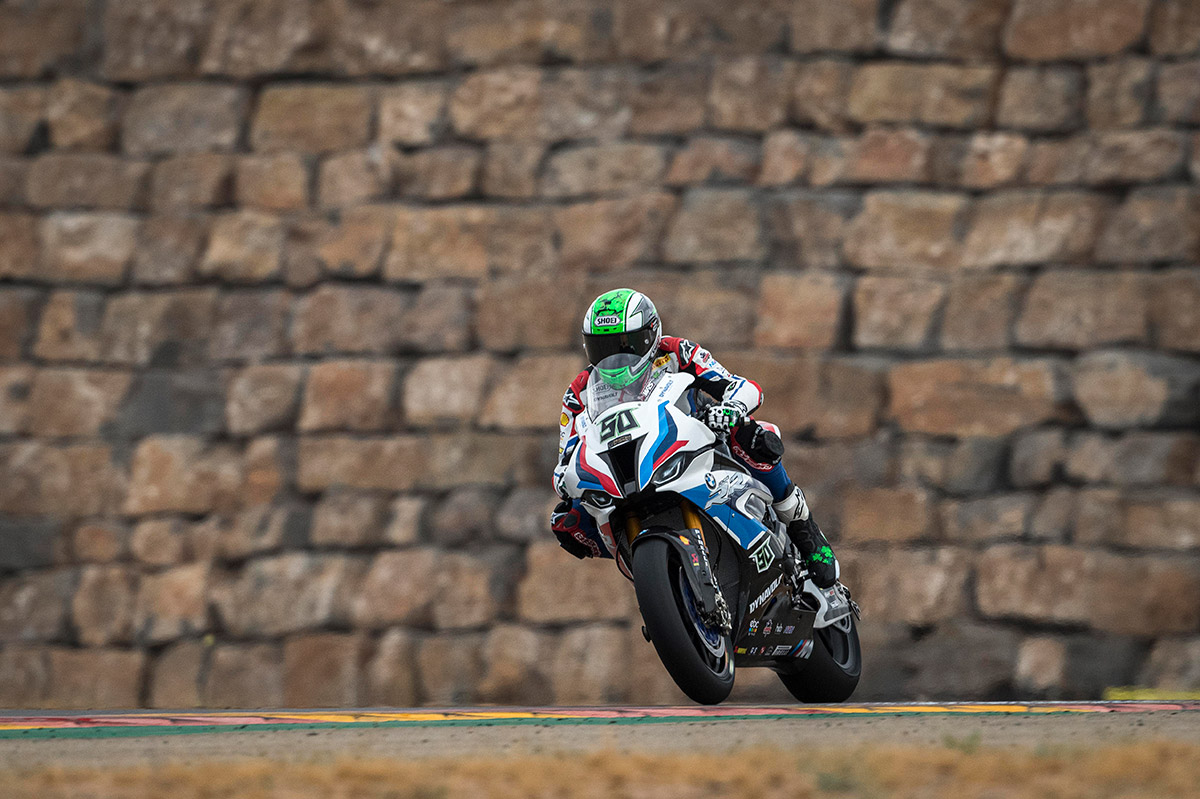 It never rains but it pours – that just about sums up Saturday at MotorLand Aragón (ESP) for the BMW Motorrad WorldSBK Team. The circuit near Alcañiz is hosting the fourth round of the 2020 FIM Superbike World Championship (WorldSBK). Tom Sykes (GBR) and Eugene Laverty (IRL) finished 14th and 18th in Superpole qualifying. In the race itself, Sykes had to retire and Laverty came home in 16th place.

Eugene fell on the way to the grid for race one, due to a mechanical error. He was able to start the race, and managed to work his way into 14th place. However, he was then handed a ride-through penalty as the team had worked on the bike on the grid too long. This resulted in him dropping back and eventually narrowly missing out on the points in 16th place.

EUGENE LAVERTY
“My first lap in Superpole was my fastest one and I wanted to build from there but unfortunately I had problems with the front when I wanted to go with the qualifying tyre at the end and I wasn’t able to get a lap in as I went off the track. So starting from way down the field is always going to be tough but unfortunately in the sighting lap, we had a brake issue so I had to jump off the bike. I managed to get the bike back to the grid and the guys worked fantastically to repair it just about on time to get me starting the race. But unfortunately we ended being given a ride-through penalty because we were still working on the bike after the three-minute mark. Then Christophe Ponsson hat a massive crash in front of me and I had to go through the gravel to avoid him. So just everything that could go wrong did in a sense. I just have to forget today and work towards tomorrow.”