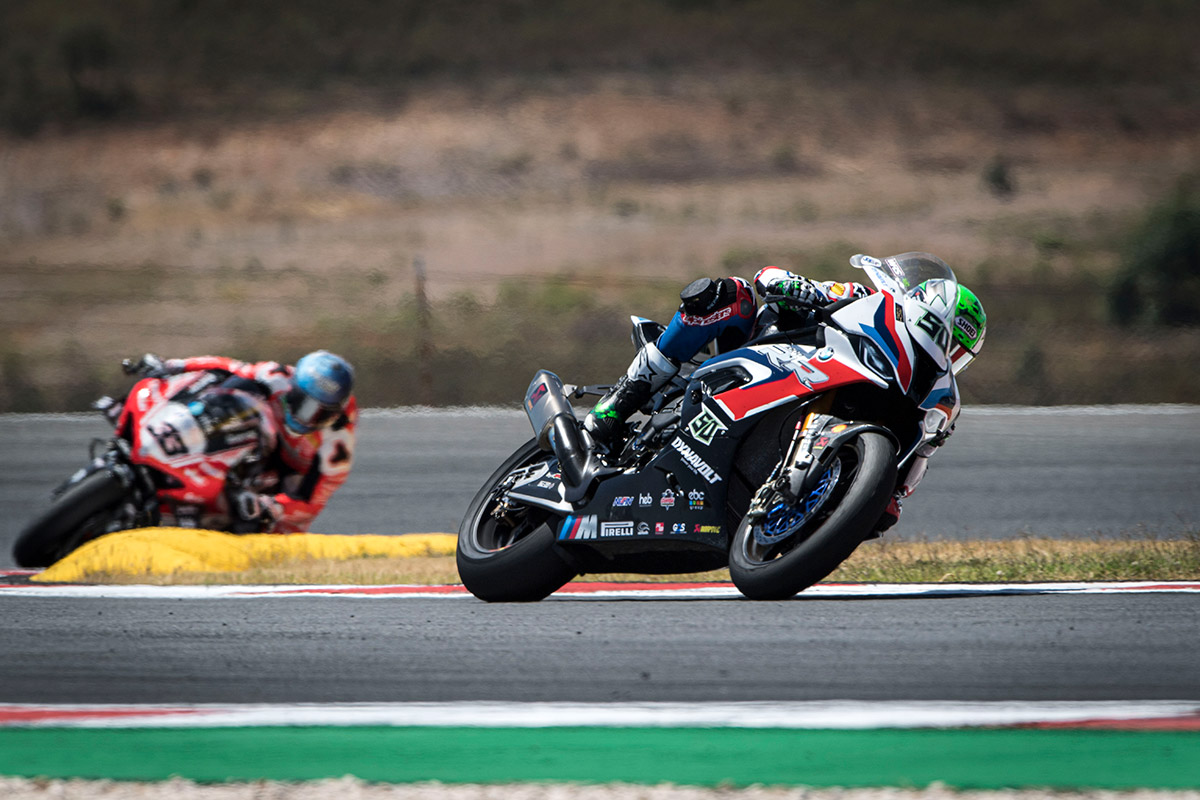 With the Superpole race and race two on Sunday, the BMW Motorrad WorldSBK Team completed the third round of the FIM Superbike World Championship 2020 (WorldSBK) season at Portimão (POR). Eugene Laverty (IRL) was unlucky with falls in both races. In the Superpole race he crossed the finish line in 20th place while in race two he fought his way up into 12th place.

Sykes and Laverty started the morning’s Superpole race from fourth and ninth on the grid on their BMW S 1000 RRs. Eugene was nudged by a rival after entering turn five and fell. The Irishman entered the pit briefly, but rejoined the race and finished in 20th place.

The second race in the afternoon was an eventful affair. Sykes and Lafferty started from sixth and tenth on the grid. Eugene was unlucky once again. After a good start, he was lying in seventh place when he fell again in turn five – and was the first of many riders to hit the floor in that corner during the race. He continued the race once again, getting ever closer to finishing in the points, and overtaking manoeuvres in the closing phase saw him move up into twelfth place, securing four points.

The next stop on the calendar of the WorldSBK 2020 season is MotorLand Aragón (ESP). A double-header is scheduled there for the final weekend in August and the first weekend in September.

EUGENE LAVERTY
“To hit the deck in both races today was devastating. In the Superpole race, I got caught up in the Chaz Davies crash. Chaz tried to overtake me and took me out so it’s a case of wrong place at the wrong time. In the final race, I made a great start, gaining six positions and I was going for it from the start but unfortunately I lost the front in T5. I remounted to try get back some positions and after a few laps I understood why I crashed. It was because the track conditions today were a lot greasier than the rest of the weekend. I wasn’t cautious enough, I was on the attack from the get go and ultimately it cost me. I regained positions to get twelfth place which is the least I could do for the team after having such a tough weekend.”