Top 10 finish for Eugene Laverty on WorldSBK Saturday in Portimao 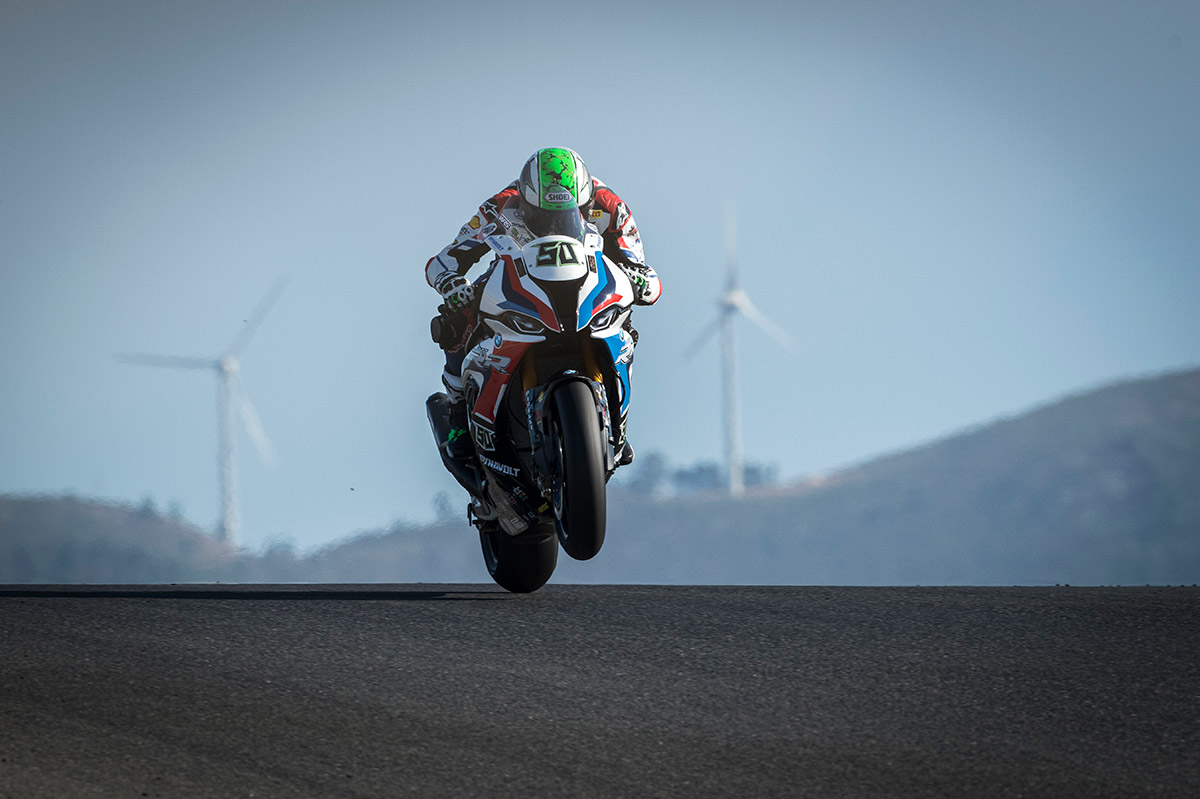 Just one week after the race weekend in Jerez de la Frontera (ESP), the BMW Motorrad WorldSBK Team is now competing with the BMW S 1000 RR Portimão, Portugal. The ‘Autódromo Internacional do Algarve’ is hosting the third round of the 2020 FIM Superbike World Championship (WorldSBK). In Saturday’s race, Eugene Laverty took a top ten finish.
Eugene struggled with a technical issue during the morning practice session. However, the team managed to get his bike ready for action in time for the Superpole and he secured ninth position on the grid.

The air temperature rose to 30 degrees Celsius during the race, while the track temperature of 44 degrees was a little cooler than the previous week in Spain. Sykes did not make an ideal start and fell back to ninth place. Eugene was right behind him in tenth. Both were able to maintain a fast pace throughout the race and stayed in touch with the front runners. In the final phase of the race, Sykes closed in on the group battling for fifth place but he had no opportunity to overtake. Sykes finished eighth after 20 laps, three seconds behind the podium positions. Eugene crossed the line in tenth place shortly afterwards.

EUGENE LAVERTY
“The team in the garage worked really hard today due to the engine problem in the morning. There was actually a big question mark if we even could get into the Superpole, so a big thanks to the team – the guys worked full gas, it was very close, but they made it in time. So the Superpole result today was the main thing after this morning and I was fine with it. Afterwards the race itself was hard, but okay for me. I lost a few positions at the start, had a good race in the middle, but lost the gap in the group in front. Tomorrow I will try to do another step and try to get the maximum out.”