Tough #ESPWorldSBK weekend in Jerez ends with a retirement for Eugene 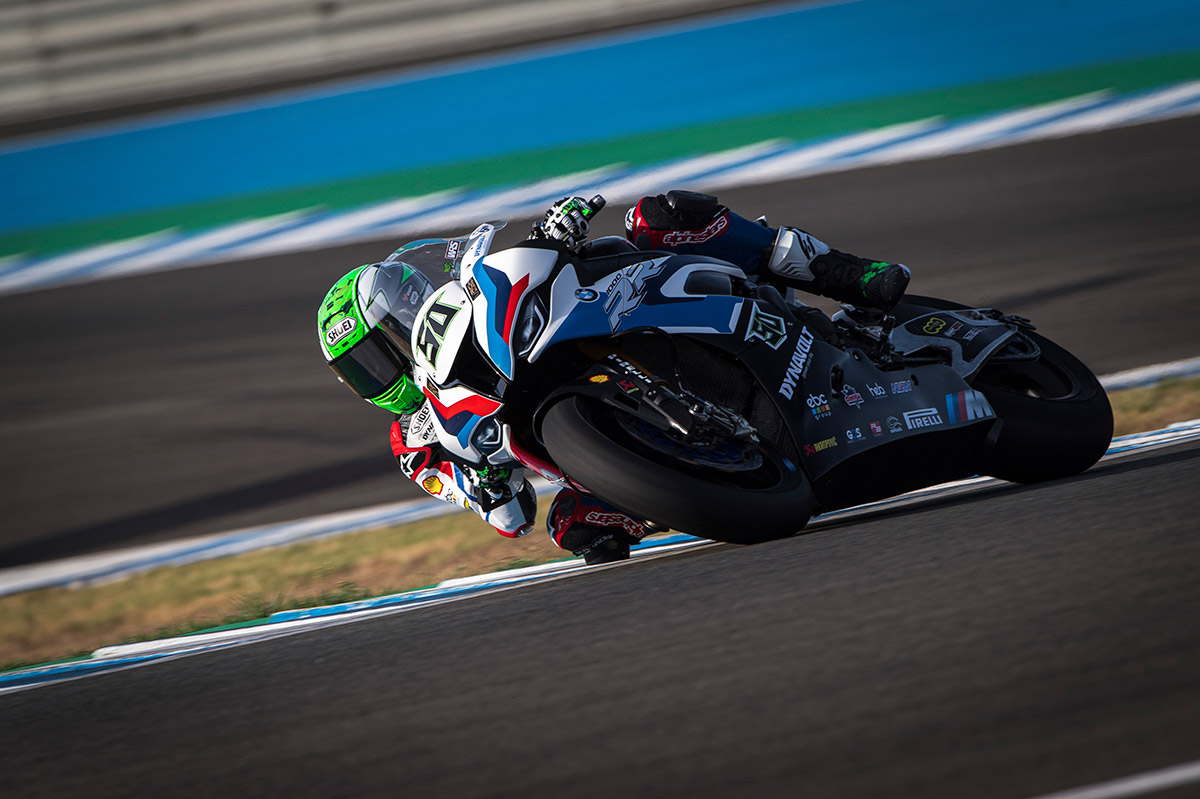 It was a day of mixed feelings for the BMW Motorrad WorldSBK Team at Jerez de la Frontera (ESP). The racetrack in the south of Spain hosted round two of the 2020 FIM Superbike World Championship (WorldSBK). Eugene Laverty (IRL) was 13th in the sprint race in the morning, but retired in race two.

Conditions were hot again at Jerez de la Frontera on Sunday, with ambient temperatures of around 37 degrees Celsius and a track temperature of up to 60 degrees. Eugene made a quick start, racing through from eleventh into seventh place. He was running eighth at the halfway point, before he lost out in a fiercely-competitive group of riders and eventually crossed the finish line in 13th place.

Sykes and Laverty then started race two from sixth and 13th places on Sunday afternoon. Eugene once again got off to a good start and climbed into the top-ten. Shortly after that, however, he hit a false neutral when changing gear and came off the track before rejoining the race at the back of the field. He ultimately had to retire in the second half of the race as he was also struggling with a painful blister on his foot.

The BMW Motorrad WorldSBK Team now heads straight to Portimão (POR), where round three of the 2020 WorldSBK season takes place next weekend.

EUGENE LAVERTY
“Another tough race today with a really good start. I fought aggressively and made up some positions within the first corners. Unfortunately, by the end of the first lap I got in this false neutral, ran off the track and from that point onwards my race was more or less over. I tried to do some laps to regain positions, but since I was outside the top twenty, I got to quit. So now I am focusing on Portimão, which was always one of my favourite races of the season but this year it’s even more special because it’s my first real home race, as I live just 15 minutes away from the track now. I expect the conditions will be nice and sunny and I am hoping for some strong results as I have won on the Portimao track several times, so let’s see what we do next weekend.”