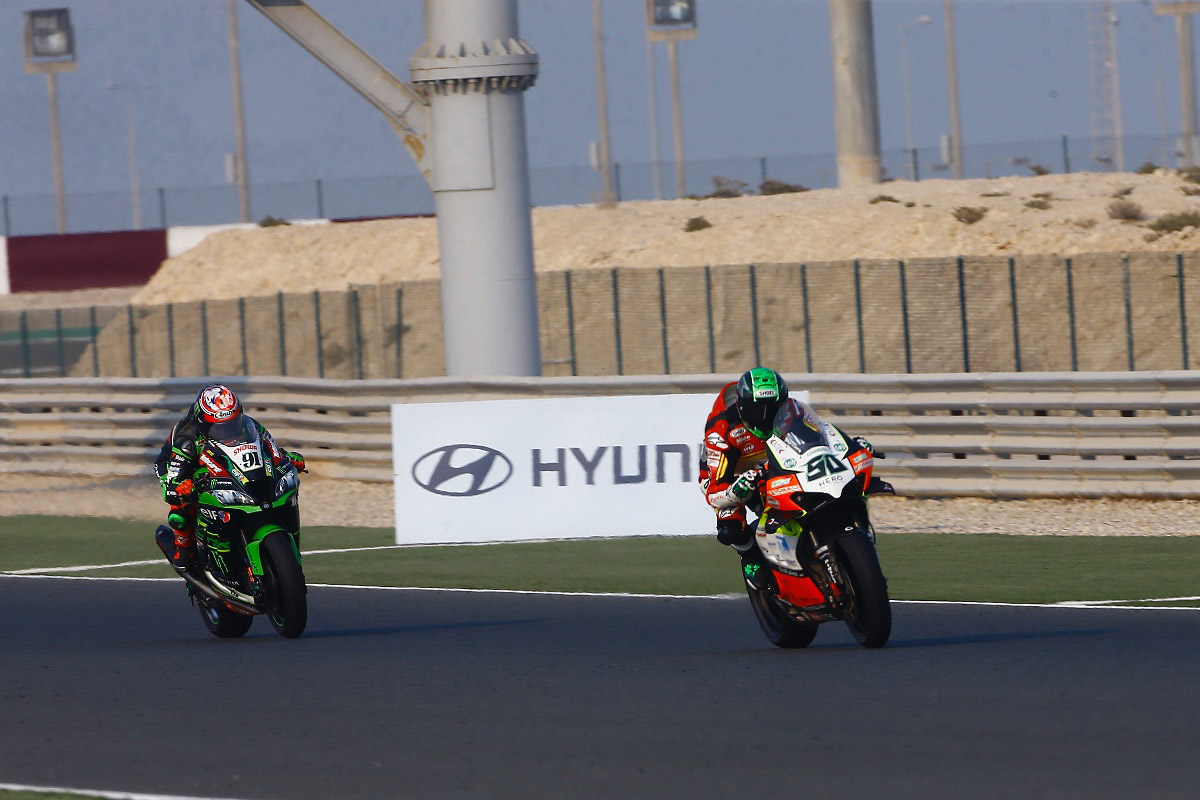 Friday’s sessions in the desert of Qatar started with Eugene Laverty in great shape on the Ducati V4-R.
In Free Practices 3, run at 15.00 with almost 50 degrees of heat on the asphalt, the Eugene took a great sixth place a few tenths from Jonathan Rea; a result that raised expectations for Race 1.

Superpole don’t go as planned; with about 10 degrees lower temperatures on the asphalt, and unexpected chattering problems emerging. With qualifying tyres, Eugene’s lap time don’t improve. As a result Eugene lined up sixteenth no the grid for Race 1.

Despite the negative Superpole, the race started with good expectations after the steps forward shown in the free practice sessions.
Eugene started well, and immediately recovered three positions and took off in pursuit of Rinaldi. He overtook him towards the middle of the race and imposed a similar rhythm, and in some laps faster, compared to the fight for the fifth position. The gap that had opened in the early laps was too much to be able to rejoin and properly fight however.

Eugene finshed the race in ninth position, second in the Independent Rider standings at the finish line, bringing home a solid performance.

Eugene Laverty:
“The race was hard, but was good to finish in ninth position. I had a really difficult Qualifying in Superpole, while FP 3 was really strong: I was sixth fastest in that session and I didn’t have any chatter. I was really happy with the bike, but then in Superpole in different conditions the chatter returns, so I need to find the answer to this problem.
If we can cure the chatter there is the potential to finish in fifth position!”