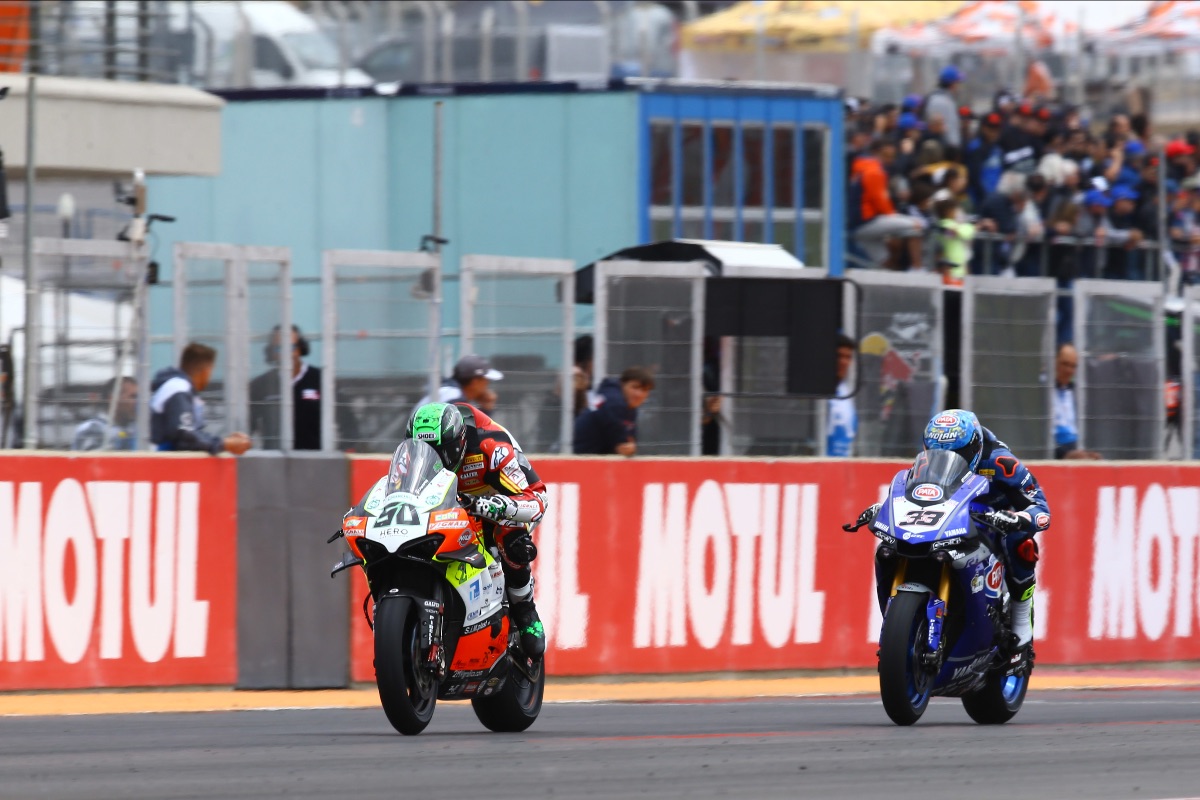 Sundat in Argentina saw a great race, great comeback and strong determination for Eugene Laverty and the Go Eleven Team. From the seventeenth on the grid to the seventh position over the line, 9 overtakes – each one one more exciting than the other, and even overtaking 2 riders in one braking move.

Sunday at the El Villicum track began with a tough Warm Up, but the first positive signs were seen in the Superpole Race. Eugene immediately confirmed that he had finally found the right way to return to the feeling of the beginning of the season with his V4-R, despite the thirteenth place.

In Race 2, Eugene took another step forward, returning to fight for important positions.
At the start the V4-R was in seventeenth position; then lap after lap the confidence is increased. Eugene overtook rider after rider, imposing an incisive rhythm. From mid-race on he was constantly among the 5 fastest riders on the track; not a flaw, a consistent and aggressive ride that has excited all the public present in the stands.

Even more important is the fact that there were no crashes and none of the riders in front of him to gift him positions, which emphasizes even more the good performance.

In two weeks WorldSBK will be back on track for the final races of 2019 at Round 13 in Qatar.

Eugene Laverty:
“We enjoyed a fantastic end to race 2! Languishing down in 17th position on lap 1, I never imagined that I would cross the finish line in 7th. Thank you to Team Go Eleven for all their hard work and we have rediscovered the correct setting to allow me to attack. We are optimistic of a strong finale in Qatar!”