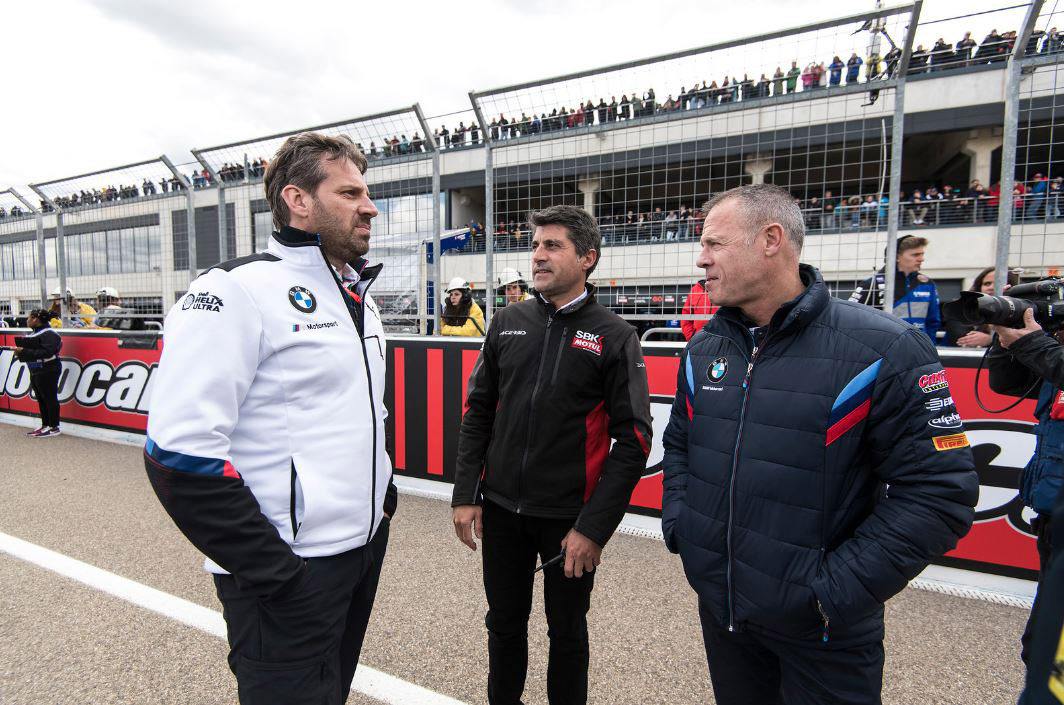 The rider line-up for the BMW Motorrad WorldSBK Team in the 2020 season of the FIM Superbike World Championship (WorldSBK) is taking shape. New to the team is experienced WorldSBK rider Eugene Laverty (GBR), who will debut on the BMW S 1000 RR in 2020.

33-year-old Eugene first rode in the Superbike World Championship from 2011 to 2014. In 2013, he finished runner-up in the championship. He then switched to MotoGP in 2015, before returning to WorldSBK in 2017, where he spent two years riding for Shaun Muir’s SMR team. Laverty takes over Markus Reiterberger’s (GER) place in the team.

Marc Bongers, BMW Motorrad Motorsport Director:
“In Eugene Laverty, we welcome a very experienced rider on board – someone who is also very familiar with Shaun Muir’s team. At the same time, we would like to say a big thank you to Markus Reiterberger. He was closely involved in the development of the racing version of the new RR from the word go, and has thus been instrumental in the success we have enjoyed. We will do everything we can, in the remaining races we have together in the BMW Motorrad WorldSBK Team, to ensure that we have a successful end to the season with Markus.”

Shaun Muir, Team Principal BMW Motorrad WorldSBK Team:
“First of all, we have got to thank Markus Reiterberger for his commitment and efforts. Equally, I’m delighted to welcome Eugene Laverty into the BMW Motorrad WorldSBK Team for 2020, and also to welcome him back to the SMR team. Eugene joins the team and brings with him a wealth of quality and experience. We strongly believe that he can be a firm challenger for the podium and have a strong championship. As soon as he hits the track at pre-season testing in November, the bike will be on another level and I think that the combination of his experience and his speed will be a welcome addition to the WorldSBK project.”