Eugene takes twelfth place in Race One at Phillip Island 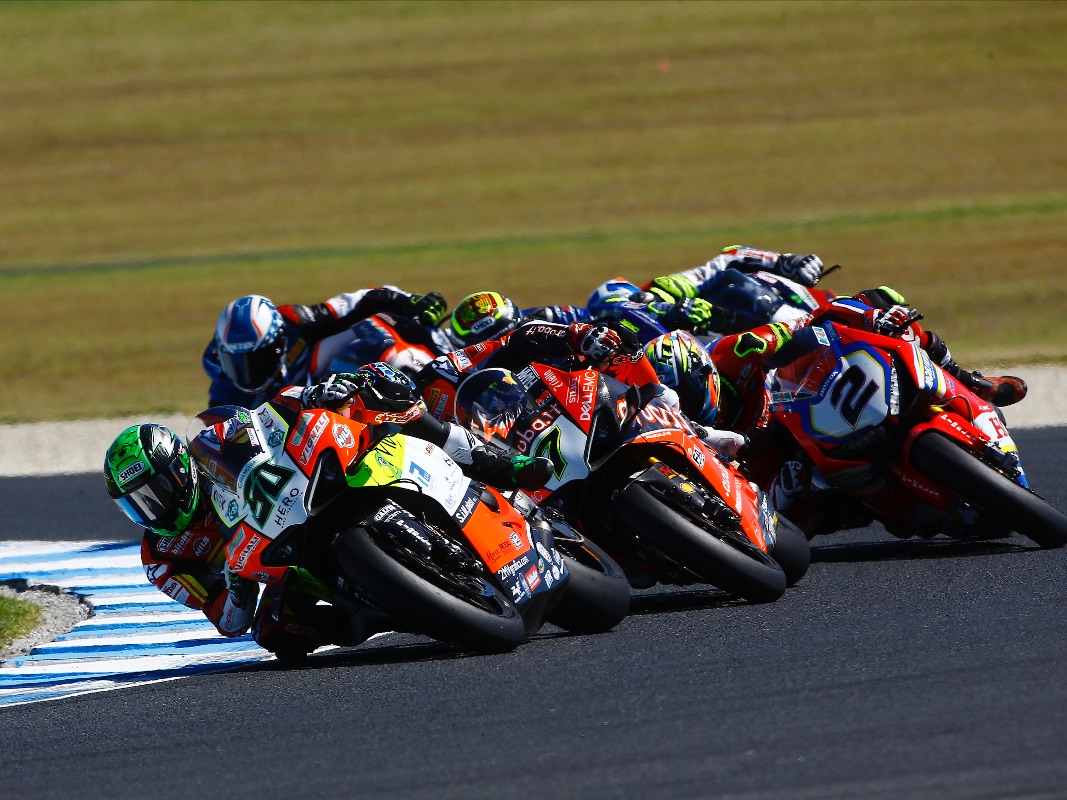 Saturday started really well on the Phillip Island circuit for Team Go Eleven. During Free Practice 3 a very fast Eugene Laverty made an improvement of one second on the lap time of yesterday afternoon, closing in top 5.

In Superpole, the new format made its debut: no longer two different sessions, but a unique one 25 minutes long. When it started at 12.15, the temperature of the asphalt has risen significantly, causing unexpected problems of loss of grip on the rear tyre and seeing Eugene line up on the fourth row.

Race 1 of WorldSBK made history: Alvaro Bautista, riding the new Panigale V4-R, won the race, stopping the dominance of 11 in a row of wins branded Rea-Kawasaki.

The race of Team Go Eleven was compromised by a problem on the starting grid: the power generator normally used to keep the tyres at temperature had turned off, leaving the Pirelli to cool. To comply with the regulation and not incur penalties, the pressure above 1.6 (minimum limit imposed by the promoter) was maintained. With the passing of the laps, the temperature of the rear tyre rose, as well as the pressure, going well over the 2 bar.

Eugene Laverty, however, started the race well, pulling back some positions and sticking to Marco Melandri. After the first two laps the performance sadly dropped off and for our Eugene it was a defensive race from then on, still managing to finish close to the official Ducati of Chaz Davies!

Eugene Laverty (Race 1 – P 12):
“We have reason for optimism today after the performance in practice this morning. We posted the 5th fastest time and I was able to make a very consistent rhythm. Unfortunately during the race there was a big problem, due to the power generator, with the rear tyre pressure and so I had no rear grip. Our potential was much higher today but anyway, tomorrow we have another opportunity. This is the beauty of the World Superbike Championship.”