Eugene Laverty signs off from Aspar with sixteenth at Valencia 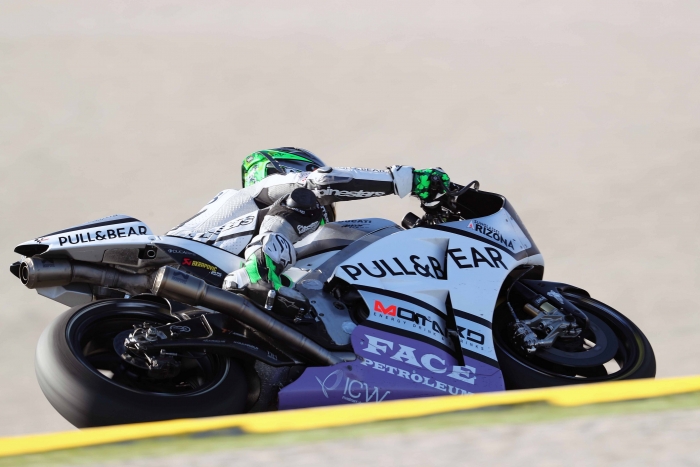 As is now tradition Valencia will witness the end of a MotoGP era and the start of a new one over the next 48 hours, as a host of riders change colours and machines for next season.

Jorge Lorenzo signed off from nine years with his current team with an impeccable performance in Cheste, where he dominated from the early laps and opened up an insurmountable gap at the front.

Marc Márquez finished second after escaping from the group and closing down Lorenzo in the latter laps but it was too little too late. Ducati’s Andrea Iannone signed off from his time with the Italian factory with the final position on the podium, with the circuit now set to descend into relative silence before the engines fire up again on Tuesday for the first day of preparations for 2017.

It is the end of an era for the Pull&Bear Aspar Team, who say goodbye to both Eugene Laverty and teammate Yonny Hernández before they both head off to different categories next season. The Irishman and the Colombian were desperate to sign off from MotoGP with a good result today but unfortunately neither was able to make the points.

Eugene came closest after fighting until the last lap for a top fifteen position, but ultimately he was unable to add any more points to a tally boosted by a best result of fourth place in Argentina, which leaves him thirteenth overall.

16th Eugene Laverty:
“We just missed out on the points. I wanted to get fifteenth on the last lap with Miller but I was just lacking a bit of pace. It has been a great two years with the Aspar Team and I wanted to finish on a high. We tried our best this weekend and even though the result wasn’t our best one I think we can be happy with our effort. I think thirteenth place in the championship is quite respectable, if you look at the points we have scored compared to last year, and the fact we have finished above two GP15 Ducatis. As a team we can be proud; we improved from last year and that’s always the aim.”