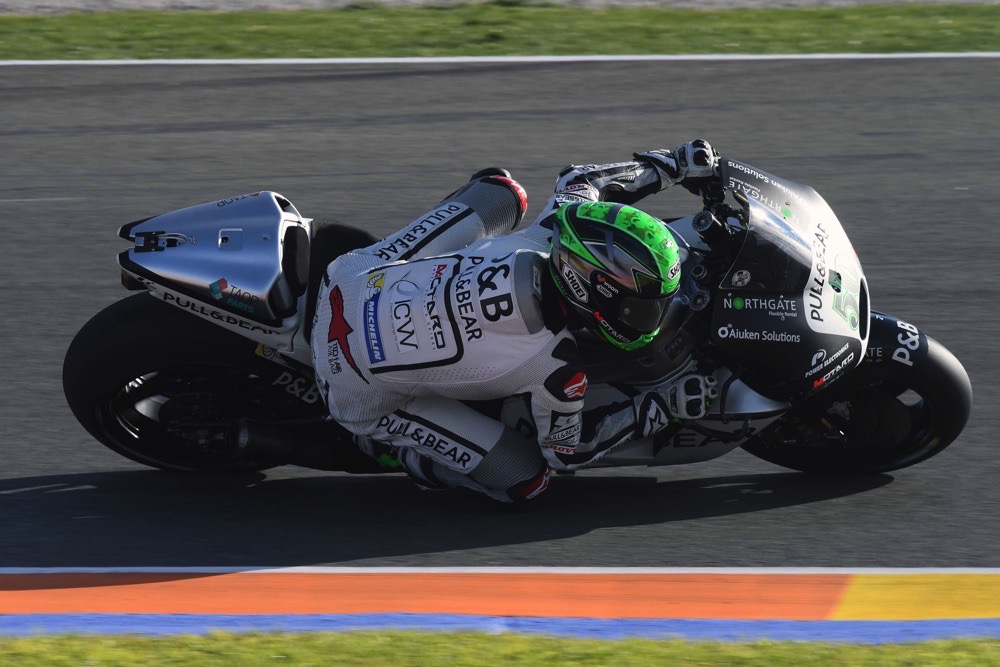 Tomorrow will be a day of farewells throughout the MotoGP grid, with riders already scheduled to join their new teams for 2017 on Monday, and the final Grand Prix of the season will start with Jorge Lorenzo closing a nine year personal chapter from pole position.

The Mallorcan’s time of 1’29.401 was the fastest ever lap of the Valencia circuit and affords him the best possible position to defend his third place in the championship from, as his rival Maverick Viñales, the man who will replace him next season, starts fourth. Marc Márquez and Valentino Rossi complete the front row alongside Lorenzo.

The final qualifying practice of the season at Valencia was made difficult for the Pull&Bear Aspar Team after crashes for both riders. Yonny Hernández went down in final free practice, forcing him to qualify on his second bike, whilst Eugene Laverty crashed in qualifying.

Even though the Irishman was also able to get back on track on his second bike, like his Colombian team-mate he did not have the same set-up or feeling. Both riders actually set better lap times during free practice yesterday so they will look to pick up from there when morning warm-up gets underway tomorrow, before a challenge for points in the final race of the season.

19th Eugene Laverty 1.31.956:
“It was a small crash but I am frustrated because the potential was high. I was careful over the first lap because of the right corners and then on the next lap when I went to push I still crashed on the right corner. We have struggled all season with the cold tyre on this side and I have crashed again so that’s why I am frustrated. I got back out but with the other bike the setting was different so I couldn’t really show our true potential today. I felt we could do a good job and our target was the top fifteen. But we still have tomorrow and we’ll try to fix things with a good race.”