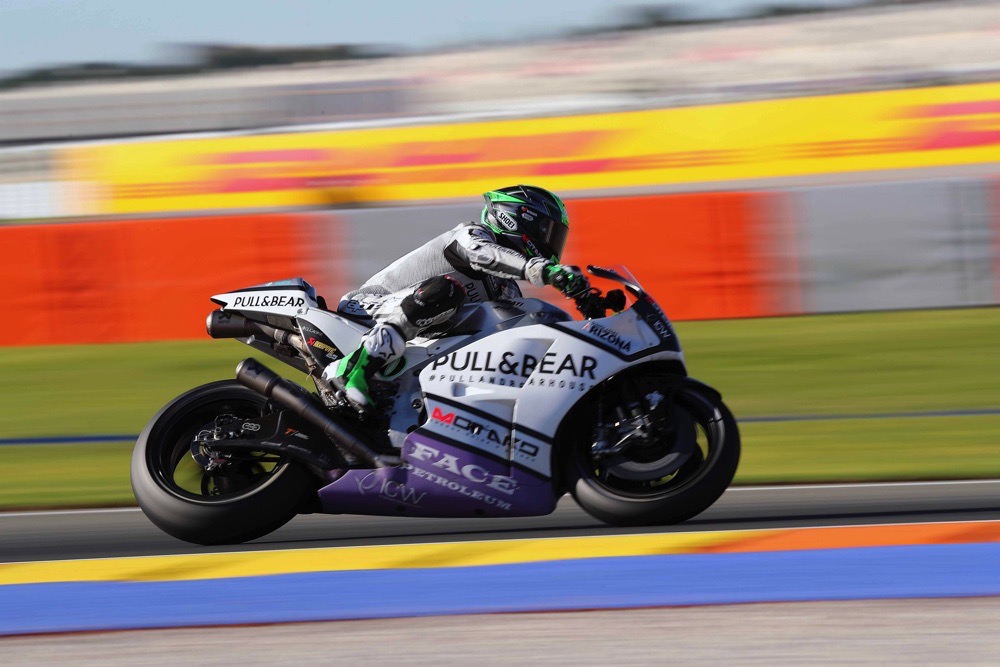 The Circuit de la Comunitat Valenciana Ricardo Tormo today hosted the final Friday of the 2016 season, with Jorge Lorenzo dominating free practice as he looks to sign off from the season with a third place in the championship that is under threat from Maverick Viñales.

Lorenzo’s closest rival today was Marc Márquez, three tenths off the Mallorcan, with Viñales himself completing the virtual front row and Pol Espargaró making it an all Spanish top four. The top eleven riders were separated by less than a second on a day that saw a sixth different motorcycle join the action as Mika Kallio debuted the new KTM as a wildcard.

Eugene Laverty ended the first day of the Comunitat Valenciana GP as the fastest of the two Pull&Bear Aspar Team riders. The Irishman finished with a best lap of 1’31.776, inside the target time he had set for himself before arriving in Valencia.

Laverty is confident of a positive result this weekend after seeing his pace around such a tight and twisty track as Valencia.

15th Eugene Laverty 1.31.776 (32 laps):
“It has been a positive day because my lap time was better than my target. I was hoping for a 1’32.0, which would have been a good lap time, but we managed a 1’31.7 and I am happy because the rhythm is good. This is a track where I wasn’t sure we could be strong with our bike because it is really tight and twisty but we end the first day in fifteenth position and with a lap time that’s already a second quicker than last year. Tomorrow we want to keep improving. It’s my last Grand Prix so it would be great to make Q2. If that doesn’t happen it doesn’t matter because I still think we can be strong in the race on Sunday.”