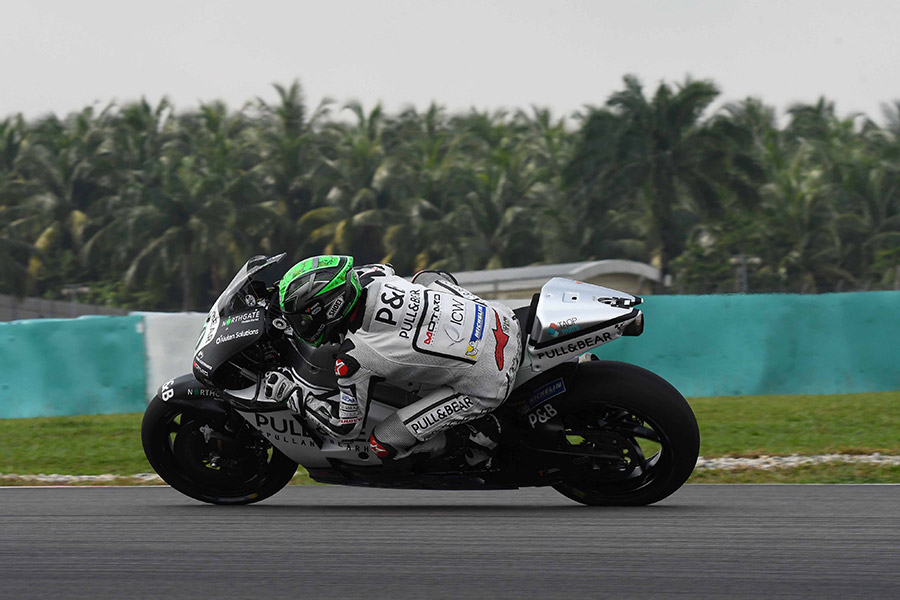 The front row is completed by Jorge Lorenzo, who was just 0.056s off his teammate. The second row is made up of Andrea Iannone, Marc Marquez and Cal Crutchlow, for the penultimate round of the 2016 season.

Pull&Bear Aspar Team rider Eugene Laverty will have to fight back through the field in tomorrow’s race, starting from the seventh row of the grid.

The Northern Irishman takes off from nineteenth on the grid after suffering a mechanical problem at the end of Q1. Laverty had begun to pick up his best times when he experienced the issue, which prevented him from improving his position.

19th Eugene Laverty 2.14.769:
“In Q1, with the hard wet tyres, the tyres felt good but the left side was quite cool for the first laps. The left side was just warming up and I was going to start pushing, and then we had a mechanical problem and the exhaust broke. We had to go back to the box and then I was finished. A mechanical problem means we’re starting nineteenth, which is disappointing. In the dry conditions this morning it was really positive because we were strong, with a good pace and lapping in the 2:01s, which is very consistent and the best laps I’ve ever done here at Sepang. I’m confident and happy with how the bike is in the dry.”