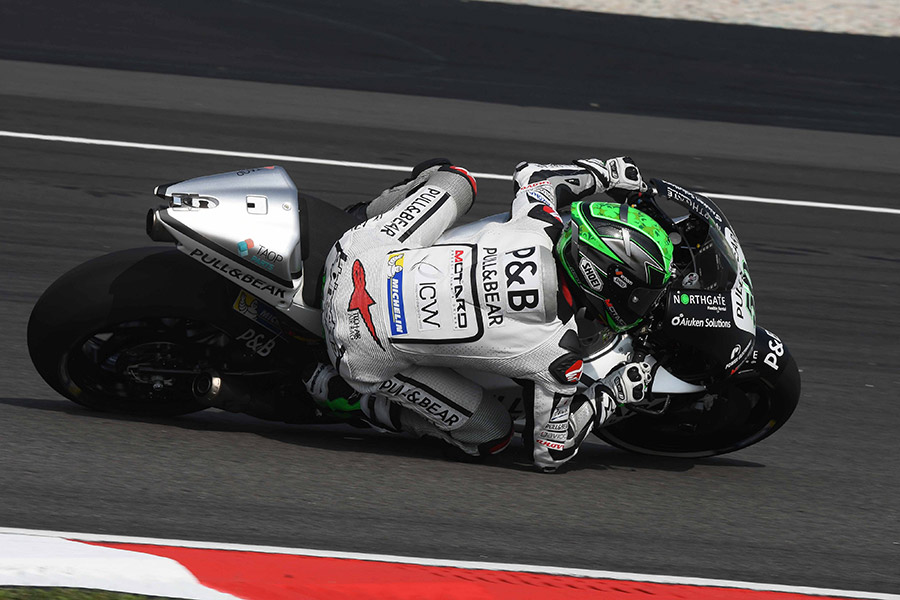 The MotoGP riders tackled a new-look Sepang Circuit for the first time today with the track having undergone resurfacing and some changes to a number of corners, including the final one, since the last time they were here.

The fastest lap time today was six tenths off the previous record here, set by Jorge Lorenzo in last year’s race, with Marc Márquez (2’01.210) setting the pace this morning before missing the second session with gastroenteritis.

Maverick Viñales and Scott Redding complete a virtual front row that was unchanged from the morning session with Jack Miller (2’08.872) fastest in the afternoon ahead of fellow Independent Team riders Cal Crutchlow, Héctor Barberá, Bradley Smith, Loris Baz and Scott Redding. Valentino Rossi could claim the runner-up spot in the championship this weekend and he was fifth fastest today with closest rival Jorge Lorenzo in tenth.

Pull&Bear Aspar rider Eugene Laverty made a cautious start to the weekend as he built his speed around the remodelled circuit, avoiding unnecessary risks on a track that was not in the best conditions. The Irishman finished the day in eighteenth position but just a second outside the top ten.

18th Eugene Laverty 2.03.013 (25 laps):
“The weather wasn’t quite ‘Phillip Island crazy’ but it has been up and down today. Even this morning there were some wet parts on the track so I was being very careful. So far the new surface feels good; it is smooth and I am looking forward to getting some really dry laps tomorrow to test the potential of our package. I don’t like so much the exit on the last turn, it is strange to have negative camber there, when I pick the bike up it’s a strange feeling. I was changing the line more and more each lap. The most important thing is to be smooth on the exit because if you pick the bike up too quickly then it upsets the bike.”