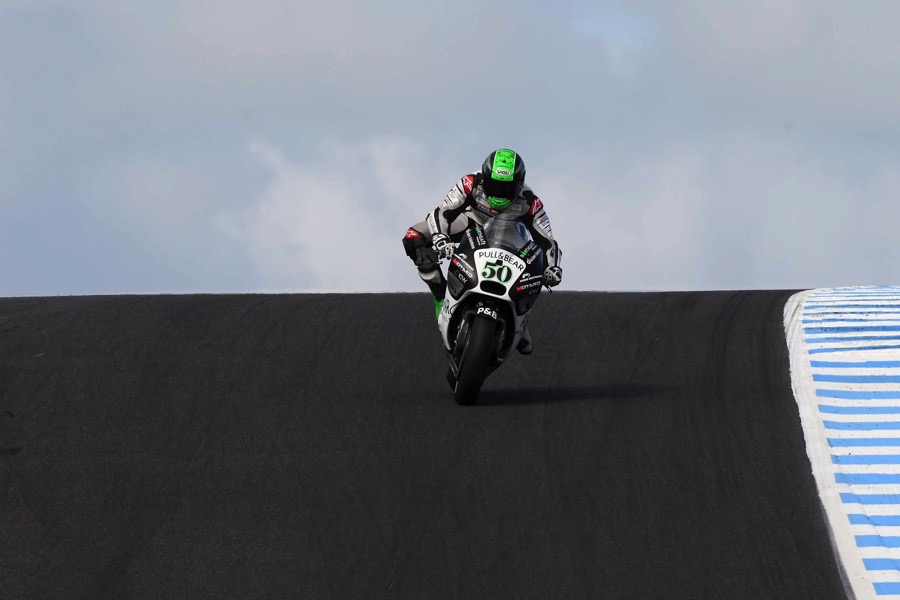 Pre-race favourite Marc Márquez, who was crowned MotoGP World Champion just a week ago, slid out in the early stages of the Australian Grand Prix, sacrificing a clear lead and allowing Cal Crutchlow to take his second victory of the season ahead of a remarkable charge to second place from Valentino Rossi, who started fifteenth on the grid.

Aleix Espargaró, Maverick Viñales and Andrea Dovizioso, battled hard for the final podium, with Espargaró eventually crashing to hand third place to his team-mate. The result means Rossi heads to the next round in Malaysia with a 24-point advantage over his team-mate Jorge Lorenzo in the chase for the runner-up position in the championship.

Pull&Bear Aspar rider Eugene Laverty started from sixteenth on the grid but was unable to make much progress from there in what he described as his toughest race of the season.

The Irishman did not have a set-up for the many flowing sections of the Phillip Island circuit and was unable to take the fight to his team-mate on this occasion.

14th Eugene Laverty:
“It was really a tough race. From early in the race I knew I was having some difficulty. In the fluid parts of the track I was really struggling; where I could use the brakes and push the front I was strong but otherwise I was struggling and around this track that is extra difficult. I did what I could but it was probably our most difficult race of the season.”