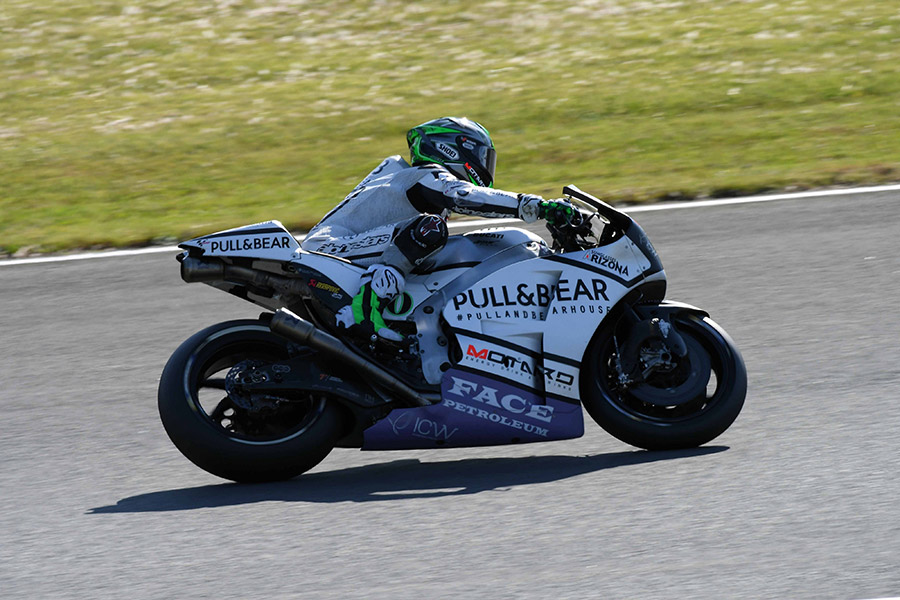 The first match point was all Marc Márquez needed to secure the MotoGP World Championship with victory in Japan, his third title in the premier class. The Spaniard’s win, combined with crashes for both Valentino Rossi and Jorge Lorenzo, means he can not be caught before the end of the season, taking his career tally to three titles in MotoGP and five in total.

Márquez continues to break records and at the age of 23 years and 242 days he becomes the youngest ever five-time World Champion, almost a year younger than Valentino Rossi was. The Italian remains fourteen points clear of his team-mate in the chase for the runner-up position with three races left whilst, in the absence of Dani Pedrosa, Andrea Dovizioso and Maverick Viñales joined the World Champion on the podium today, Viñales moving up to fourth place in the championship, just 17 points shy of Lorenzo. The next race takes place in Australia in just seven days’ time.

Pull&Bear Aspar Team rider Eugene Laverty’s topsy-turvy weekend did not finish on a high, the Irishman having made a strong start to the Grand Prix only for his progress to be upset by a crash on Friday. Today he slid off again, this time on the third lap of the race when he was overtaking wildcard rider Katsuyuki Nakasuga. Laverty lost the front at the apex and was upset not to make up for an otherwise disappointing weekend.

Eugene Laverty (DNF):
“The crash was my mistake. I was overtaking Nakasuga in turn nine, the first gear left corner. I I tried to turn too tight when I overtook him and lost the front at the apex. The third lap of the race is too early to make a mistake like that so I am upset because after everything that has happened this weekend the main thing today was to try and get a result but I made a silly mistake on lap three, so that’s why I am disappointed. It has been a strange weekend for sure, maybe it wasn’t to be. We started the weekend so strong until the crash. Now we will try to regroup and start again in Australia.”