Eugene Laverty sits out FP3 as precaution but qualifies 19th 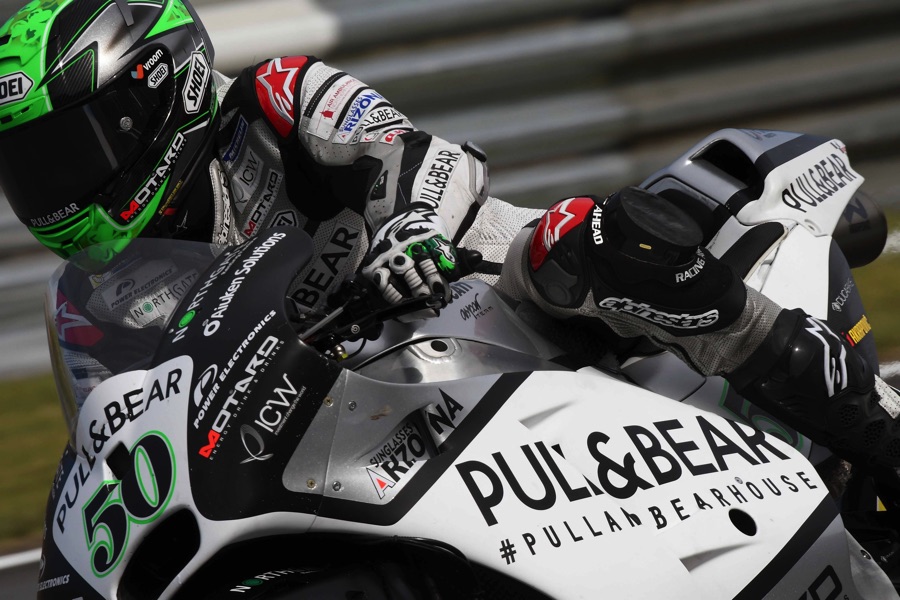 Valentino Rossi, Marc Márquez and Jorge Lorenzo moved level on career pole positions today as the Italian matched the Spanish pair’s total of 64 with a lap of 1’43.954 that puts him at the front of the grid for tomorrow’s MotoGP race at Motegi.

Series leader Márquez starts alongside Rossi in second place, with Lorenzo completing the front row ahead of a second row made up of Andrea Dovizioso, Cal Crutchlow and Aleix Espargaró. Hiroshi Aoyama will line up on the grid tomorrow for his home race in place of Dani Pedrosa, who broke his collarbone in a practice crash yesterday.

For the Pull&Bear Aspar Team the aim over the 24-lap race will be to recover positions. Eugene Laverty took medical advice and missed FP3 this morning, taking some extra rest following his heavy crash yesterday before returning to action in FP4. The Irishman was only able to complete five laps due to a problem with his bike but went out in qualifying and clocked a time of 1’47.070, enough for a seventh row start tomorrow.

19th Eugene Laverty 1.47.070:
“It has been a long 24 hours but I feel better right now than I did this time yesterday, that’s for sure! We decided to miss FP3 this morning and give myself a few more hours just to rest and get ready for the afternoon. We did okay, we made some laps, the important thing was just to get the feeling with the bike again and get ready for the race tomorrow. I would have liked to have done more laps but we had a problem with the bike in FP4 so I had to enter boxes and it took a little time to fix it for qualifying. Anyway, I stayed on the bike today and I got the feeling back so now we have another night’s sleep and we can be ready for the race tomorrow.”