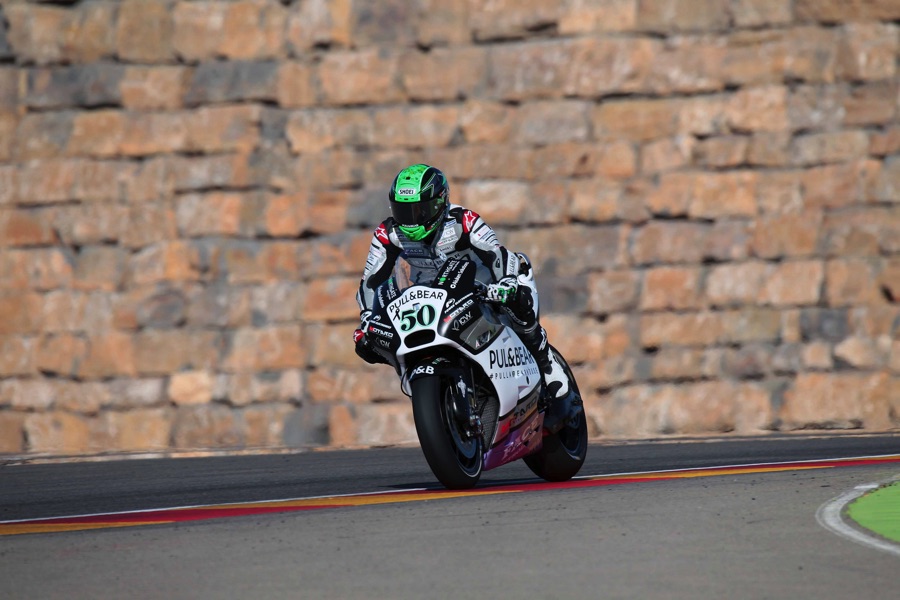 The Motorland Aragón circuit has only known one pole sitter in the MotoGP class since 2013 and once again it was Marc Márquez who took the honour in 2016. Márquez clocked a time of 1’47.117 to keep Maverick Viñales at bay by six tenths of a second, with an all-Spanish front row completed by Jorge Lorenzo in third place.

Dani Pedrosa, the fastest man on track on Friday, will start from seventh after a crash on his final attempt at a qualifying lap, which was otherwise on course for a front row start. Valentino Rossi launches his latest attempt to close the gap on series leader Marc Márquez from the second row in sixth place.

Pull&Bear Aspar rider Eugene Laverty narrowly missed out on an appearance in Q2 after showing good pace in free practice and then featuring in the decisive top two positions during the early stages of Q1.

However, he was outdone by four tenths of a second. The Irishman crashed shortly before the end of FP4, an unfortunate setback just before starting Q1. Laverty is sure that the tight lap times today will be reflected in an interesting race tomorrow.

16th Eugene Laverty 1.49.052:
“The crash in FP4, I made a mistake just pushing a little too hard. Our rhythm was really good at that point, I was in eleventh position and that’s always a good indication for the race pace. Qualifying was very close, we were not so far from making it through to Q2, I just didn’t make a fantastic lap but the times are very close so it should make for an interesting race tomorrow. Even the front guys, the lap times are not so far away from us so I think it could be much closer tomorrow than it has been for the last few races.”