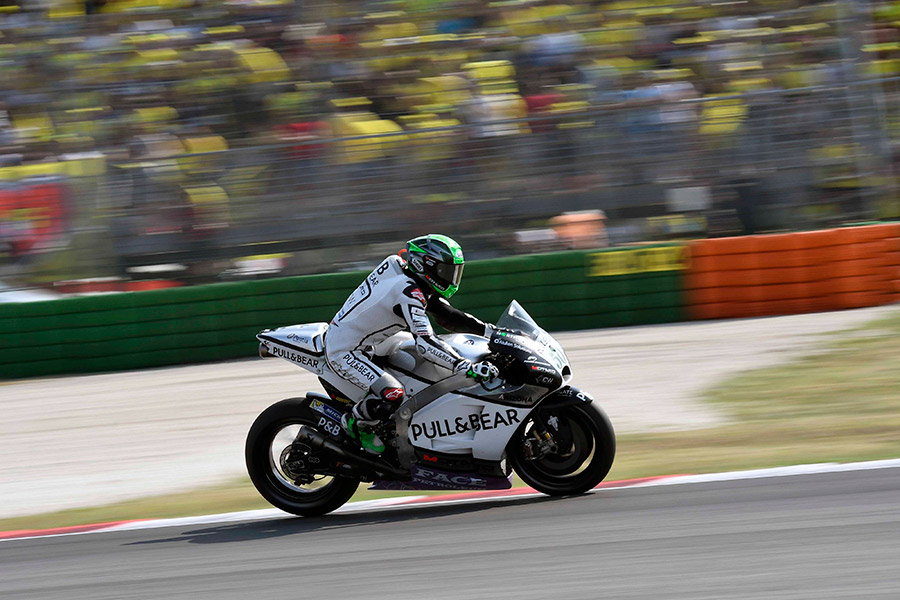 The San Marino Grand Prix continued one of the most evenly matched MotoGP seasons of all time. An eighth consecutive different winner was crowned at Misano, as Dani Pedrosa joined Jorge Lorenzo, Valentino Rossi, Jack Miller, Marc Marquez, Andrea Iannone, Cal Crutchlow and Maverick Viñales on the list of riders to triumph in the premier class in 2016.

Valentino Rossi and Jorge Lorenzo had looked likely to take the win at Misano, but Pedrosa surprised with his pace and took the lead with seven laps remaining. He would win by two seconds over Rossi, who cut seven points from the gap in the overall standings to Marquez –currently standing at 43 with five races remaining.

Laverty started from sixteenth place on the grid, but although he managed to climb a couple of places on the early laps, he never rose above fourteenth.

The Northern Irishman thus added two points to his haul and continues an almost immaculate scoring streak, only marred by the “zero” in the Austrian GP. Laverty is still in the fight for the Top 10 overall, trailing by 12 points.

14th Eugene Laverty:
“We had a consistent pace today. I’m happy with the performance. I made a good start, put in some good early laps and my pace was between 1:34.7s and 1:35.5. I stayed on my maximum for the entire race, but it wasn’t quite enough today. When I followed Scott Redding and Héctor Barberá, in particular, I realised that the problem we have is with turning the bike. We struggled at Turn 1 and Turn 5, and it meant that I lost a lot of time in the tight sections. That is where we struggled this weekend and where we have to improve.”