Eugene Laverty looks to Misano fightback from 16th on the grid 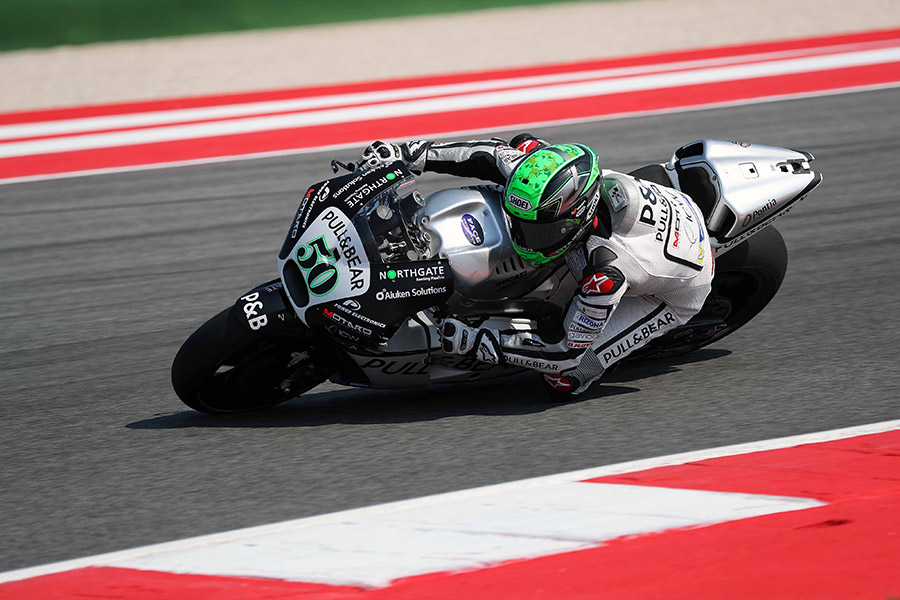 Jorge Lorenzo ended the opening day of the San Marino GP in fourth place with no indication of the speed he would show in qualifying today, when he pulled out the fastest ever lap of the Misano World Circuit Marco Simoncelli to take pole position in a time of 1’31.868, some four tenths quicker than his team-mate Valentino Rossi in second place.

Maverick Viñales completes the front row in third place, with Marc Márquez, Michele Pirro (replacing the injured Andrea Iannone) and Andrea Dovizioso on row two. Tomorrow’s 28-lap race is one of the final opportunities for Rossi and Lorenzo to recover ground on Márquez in the championship and keep the title fight alive to the end of the season.

The main target for the Pull&Bear Aspar Team in tomorrow’s race will be to make up positions if they want to add to their respective points tallies. Eugene Laverty and teammate Yonny Hernández qualified on the sixth and seventh rows respectively, with the Irishman once again the top Pull&Bear Aspar Team rider in sixteenth position after he improved his pace dramatically from the cool morning session to the heat of the afternoon.

Laverty and his crew have worked hard to establish a good feeling with the medium front tyre, which should pay off over race distance tomorrow.

16th Eugene Laverty 1.33.772:
“This morning was really bad, we struggled in the cooler conditions, whereas yesterday afternoon we were so fast on old tyres, doing low 1’34s. But the cold this morning was a disaster, I was a second off where I should have been. Thankfully the race is at the hottest part of the day and in these conditions we are much better. We are sixteenth on the grid, our race pace is pretty good, so we will try and get stuck in there tomorrow. There are a lot of guys going quick here, it seems the bikes with less power are working well and are able to hold their pace, so it could be an interesting race. I had some problems initially with the new medium front tyre but we made some changes to make it work and it is feeling better for me, which is important for the race because the softer option would not have worked over full distance.”