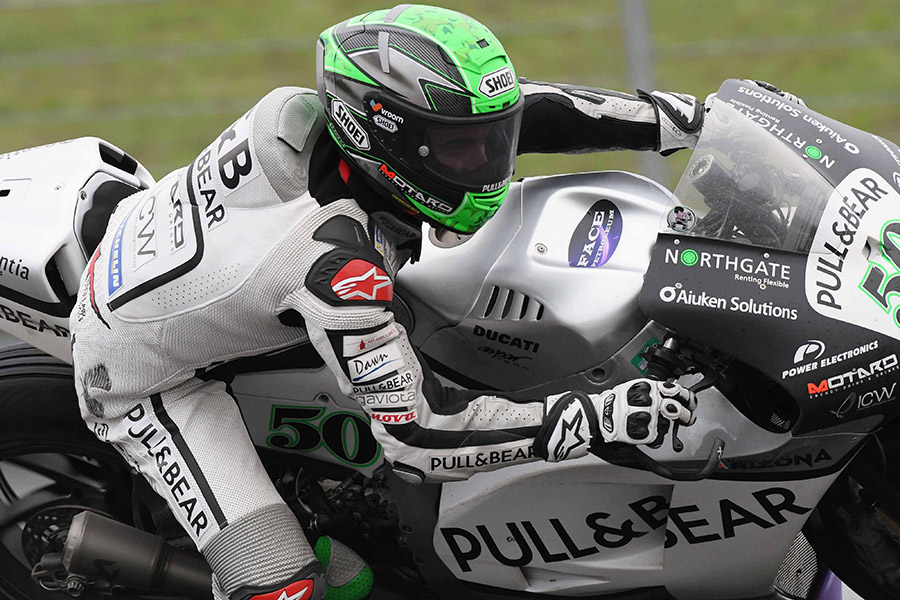 The eleventh round of the MotoGP World Championship brought with it a surprising result, even for those who were watching the race.

Brilliant comebacks from the back of the group, coupled with tyre complications for other riders, provided a first GP victory for Cal Crutchlow.

On the podium alongside the first British winner for 35 years were Rossi in second and Marquez in third. The next race for the MotoGP World Championship takes place in a fortnight’s time at Silverstone.

Pull&Bear Aspar Team riders Eugene Laverty and Yonny Hernández both staged comebacks from the back of the group to pick up points at Brno.

Laverty’s rise up the order took him to sixth place –finishing just five seconds off the podium. Following a difficult start, in which he dropped down several places, tyre wear for other riders and increased comfort allowed him to gain ground.

The Northern Irishman would have needed only a few more laps in order to ascend to fourth, which would have equaled his best result to date.

In the final stages of the race he was almost two seconds faster than those ahead of him.

6th Eugene Laverty:
“The start was the most difficult. I went with the hard rear wet tyre and that’s why I’m a little disappointed with myself, because I braked at Turn 3 like in the warmup at the start, and because of the hard rear the bike bumped up. I lost 4 or 5 positions there and it was so hard to gain places. I could only really overtake when they started to go backwards. I’m angry with myself for the start, because the bike was good for a podium today, but we’ll save that for next time. Let’s pray for more rain at Silverstone. We know we can be strong, so I’m just hoping for more rain. I used the hard rear tyre and the guys around me had the soft tyre. Every time I was with them in the corner, the rear grip meant they disappeared. I tried to come back, and every time it happened they held me up -because I couldn’t overtake them. I was lapping slower than I wanted to. I really enjoyed the final laps. It was so important to be smooth with the gas, because there wasn’t so much grip. I started to really push on the last three laps, because I could see Marquez there. In the end, it wasn’t about how many laps were left, more the mistake I made at the start which cost us the podium today. In the wet conditions we know we can be really strong. In the warmup this morning I was fastest until one minute was left. When it’s really wet, we can be strong. Even in these conditions we can be really strong, except for the first laps. I want some more rain, so I can go after the podium.”