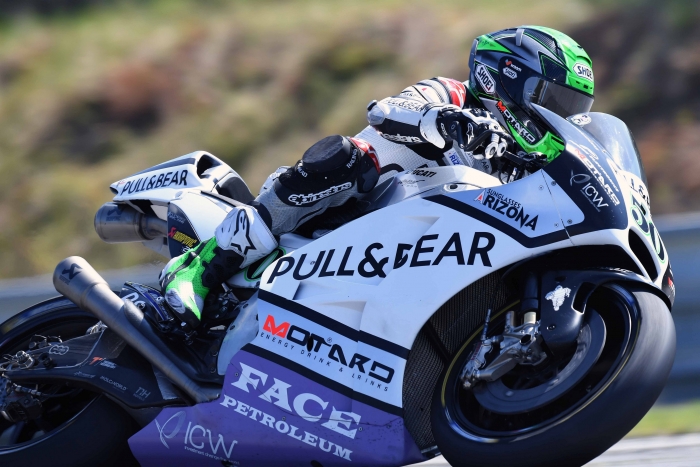 The MotoGP race was given a sneak preview on Saturday in the fight for pole position. An overtaking move by Marc Márquez on Valentino Rossi and Pol Espargaró enabled the Spaniard to take pole for the Czech GP, relegating Rossi to sixth place in the process.

Márquez’ 1:54.596 lap was the best to date at Brno, putting him ahead of Jorge Lorenzo in second place and taking him to 63 poles in his Grand Prix career. Andrea Iannone completes the front row after pipping Aleix Espargaró to the spot in the final moments of the session.

Tomorrow’s Czech GP will be a challenge for the Pull&Bear Aspar Team riders. Eugene Laverty will take off from the fifth row of the grid and attempt to challenge for the Top 10, just one week on from nearly doing so in Austria before being taken out by Danilo Petrucci.

Laverty will be one place ahead of the Italian on the grid due to the three-place sanction imposed on Petrucci, moving up a position. The Northern Irishman is feeling confident for Sunday after some chassis changes made in between his first and second stints in qualifying, which permitted him to cut half a second off his times.

14th Eugene Laverty 1.56.535:
“It has been a good day. We set a good lap time in Q1 and managed to find our way with a change between the first and second tyre. We modified the chassis geometry and managed to lower our time by half a second. I think we are going in the right direction and we have to continue like this tomorrow. It is not a bad position that we are in, but we will have to see if it rains or if it remains sunny. We will try to go up into the fight for the Top 10, which must always be our goal.”