Eugene Laverty happy with day one progress at Brno 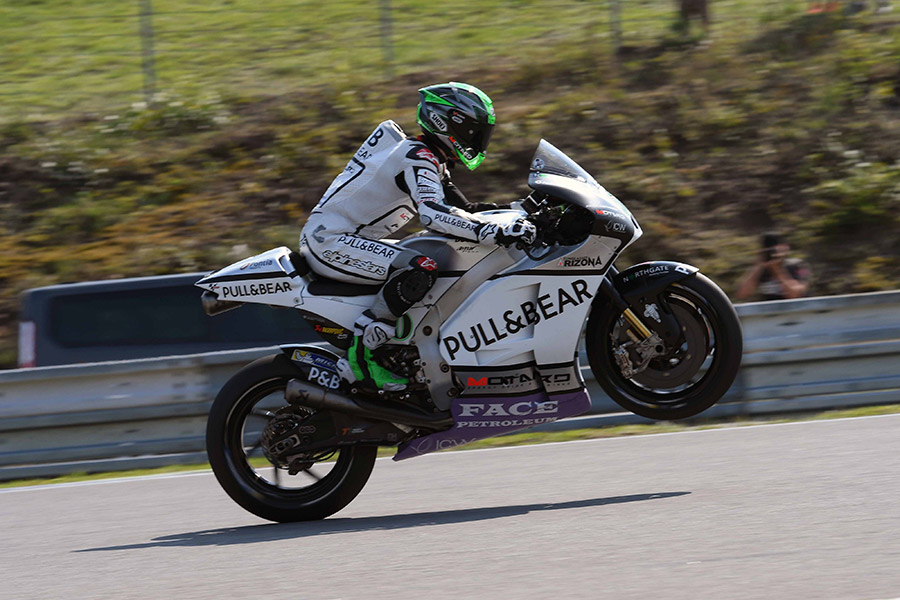 Ducati rider Andrea Iannone had waited almost six years for his first MotoGP win in Austria but the Italian rider looks keen to back it up in Brno, despite conceding the fastest lap of the opening day to Marc Márquez.

Iannone was the fastest rider in the morning session and in the afternoon he was the only rider other than Márquez and Jorge Lorenzo to lap inside the 1’56 mark, with Márquez stopping the clock at 1’55.840. Héctor Barberá, Valentino Rossi and Andrea Dovizioso complete the top six on the first day of a battle that sees Márquez looking to extend a lead of more than forty points in the championship over Lorenzo.

The 400th Grand Prix of the modern era orchestrated by Dorna continues with more free practice and qualifying tomorrow, with Jack Miller absent from the battle for grid positions due to injury.

It was a calm start to the weekend in the Pull&Bear Aspar Team garage, where Eugene Laverty was the fastest of the two riders as he finished in sixteenth position, less than 1.5 seconds off the pace of Márquez.

The Irishman only completed six laps this morning due to a gearbox issue but he worked hard to make up for lost ground this afternoon, improving his lap time by two seconds and finishing just a couple of tenths shy of the positions that would give him direct access to Q2 in tomorrow morning’s FP3.

16th Eugene Laverty 1.57.336 (19 laps):
“This morning the gearbox setting was completely wrong and the 45 minutes suddenly disappeared! This afternoon the gearbox setting was correct and we were able to instantly improve by two seconds, with a gap of 1.5 seconds to the top. We need to keep pushing forward but for now I think this is already the fastest lap I have ever done at Brno and it’s only the first day so I am happy with our progress. The Ducati horsepower certainly helps with the hills at this circuit. Tomorrow it is going to be warm in the afternoon but we will push hard in the morning, try to set a fast lap and see if we can qualify for Q2 again.”