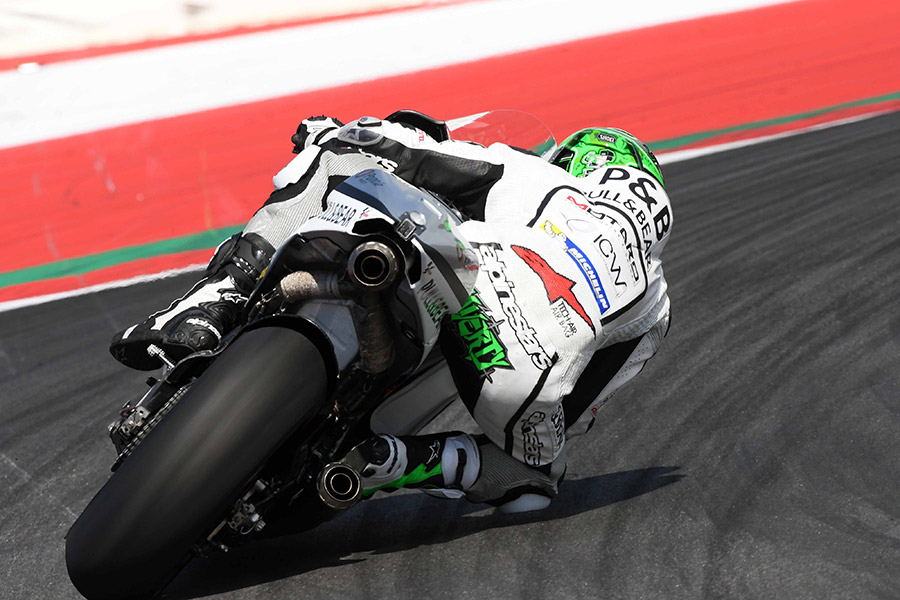 Qualifying for the Austrian GP at Spielberg saw Andrea Iannone take pole position for Sunday’s race, just 9 thousandths of a second ahead of Valentino Rossi and sharing the front row with teammate Andrea Dovizioso.

A trio of Spanish riders make up row two, in Jorge Lorenzo, Marc Marquez -who suffered a dislocated shoulder in practice- and Maverick Viñales. As expected, the timesheets were dominated by Ducati riders, although several others showed that they will have a say on race day. Coming into the Austrian GP, Marquez holds a 48-point lead over Lorenzo.

Pull&Bear Aspar Team rider Eugene Laverty shone in the first qualifying session in Austria, going through to Q2 for the first time in his MotoGP career. The Northern Irishman had made tremendous improvement during the first two days in Austria, and on Saturday was strong during the fourth free practice and especially Q1.

Laverty closed Q1 with the best time, 9 thousandths of a second faster than nearest rival Cal Crutchlow. With one fewer set of tyres than the rest of the field in Q2, Laverty struggled but was able to claim eleventh place -a second off poleman Iannone.

11th Eugene Laverty 1.24.218:
“It’s nice, because when things only come through for you on Sunday it gives you a lot of work to do -because you start from further back on the grid. Now I’m starting in a good position, and being that little bit further forward enables you to stay with the others at the start and maintain your position. I’ll be trying to stay with the fast riders, rather than having to fight my way through from further behind. You have to balance going as fast as possible with the risk of crashing, and on the final lap I knew that it was my last chance and rode completely on the limit. That got me the extra 3 tenths I needed. We did a good run in FP4 to test the tyres for the race, of 16/17 laps. I wanted to understand how the tyres held up, because I think tyre wear at the end will be important tomorrow. I think we’re prepared more than many riders for tomorrow, and I’m aiming for more than just a Top Ten finish.”