Tricky start at the Sachsenring for Eugene Laverty 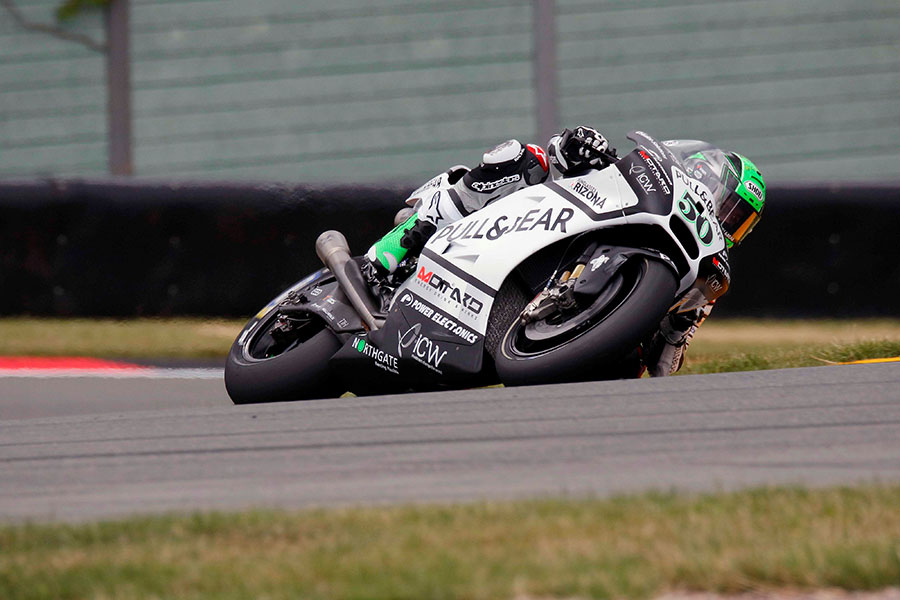 The Sachsenring circuit welcomed the MotoGP World Championship with temperatures around 10 degrees lower than a year ago, a fact that made the first day of the German GP an unpredictable fight to conclude among the top riders.

Uncertainty about possible weather changes tomorrow meant a Top 10 finish was potentially crucial for a place in Q2. Only five factory riders managed this, including Maverick Viñales, Andrea Iannone and Marc Márquez -first, second and third on the opening day.

Along with them, five privateer competitors were up at the sharp end -four of them riding Ducati bikes. Among them was Pull&Bear Aspar Team rider Yonny Hernández, who rounded out the Top 10.

Eugene Laverty suffered a crash late in the day, escaping unhurt. The Northern Irishman was twentieth overall, completing just 14 laps combined on Friday due to his fall and the weather conditions.

20th Eugene Laverty 1.24.911 (14 laps):
“The track temperature is twenty degrees lower this year than it was last year so obviously that has had a big effect on grip. I think Michelin have brought the correct tyres, but the weather has brought the wrong temperatures! I tried the intermediate tyre today and even though it was hard to get the bike turned at full lean the lap time was only around six tenths off the guys on slicks so if it is colder or damper tomorrow we know it is an option that we can use. I crashed in turn one, which is one of only a couple of right-handers here, although I am glad it was there rather than turn eleven where a few riders went off. It is hard to know what to do to make that corner safer, other than introduce another right-hand corner somewhere else, but there is no room here! We have a big bike with a strong engine so it was always going to be hard to make it work at this track. We have to keep trying tomorrow”.