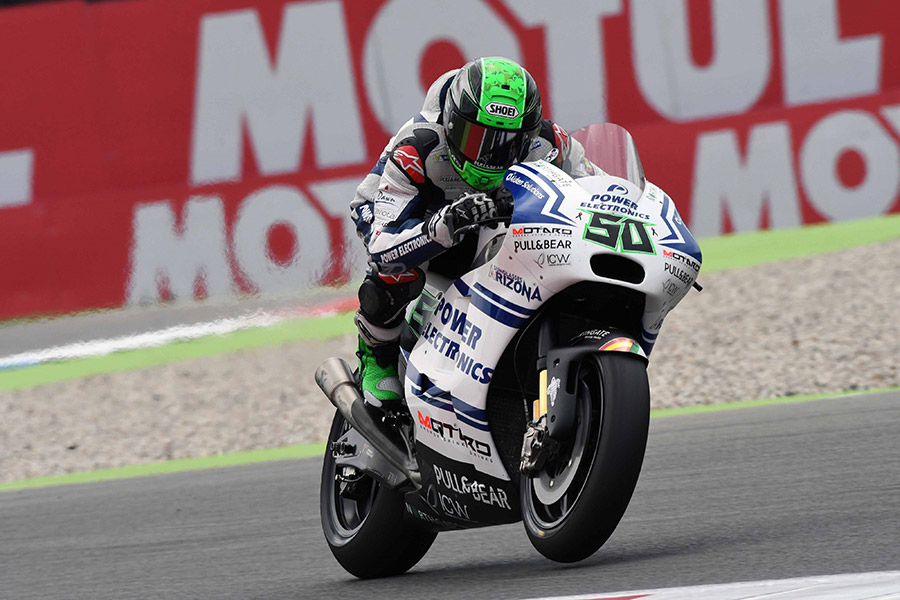 After 85 years of Saturday races at the TT Circuit Assen it was qualifying that took centre stage today, although the drama and excitement was as high as ever.

With a wet track for a Q2 session that started with crashes for Maverick Viñales and Marc Márquez, the formation of a dry line saw Ducati rider Andrea Dovizioso time a perfect run for pole position, with the Italian manufacturer taking five of the top twelve positions including a front row start for Scott Redding in third place and Team Aspar rider Yonny Hernández sealing sixth. Valentino Rossi completes the front row in second place on the Yamaha.

Team Aspar rider Eugene Laverty managed to bounce back from a crash in free practice to qualify in sixteenth place, despite also struggling with an electronic issue during qualifying.

16th Eugene Laverty 1.49.678:
“Today was positive in one way because this is the best MotoGP bike I have ridden in the wet. Unfortunately we had a problem at the beginning of practice where I was losing almost 20km/h on the straights. I should have come in immediately but I wanted to make at least some laps before I came in to fix what turned out to be an electronic problem. I only had two laps at the end to set a time but in the wet you need time to build your rhythm. We missed a good opportunity to arrive in Q2 because the potential of the bike today was much higher than we have been able to show.”