Eugene Laverty takes yet another points finish at Barcelona 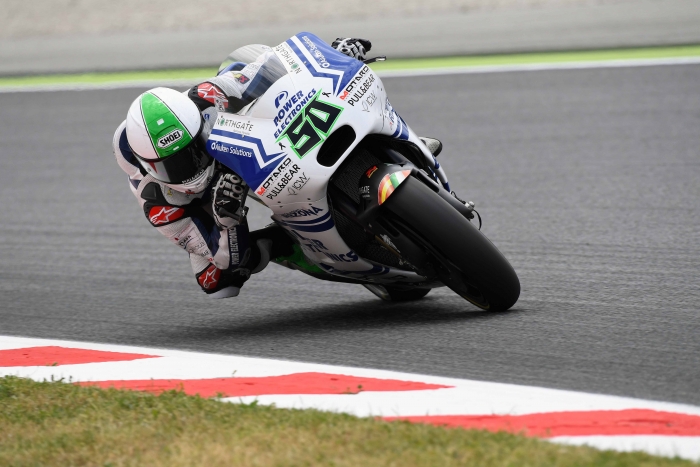 Proceedings at the Circuit de Barcelona-Catalunya on Sunday were opened with a minute’s silence on the home straight, attended by riders from all three classes, in memory of Luis Salom.

In the MotoGP race, Valentino Rossi took victory ahead of Marc Márquez and Dani Pedrosa, after initial leader Jorge Lorenzo was taken out in an incident with Andrea Iannone on Lap 6. From then on, the contest became a duel between Rossi and Marquez, with the Italian winning out. Marquez would change the number on his bike from 93 to Salom’s 39 when the race concluded, in tribute to the late rider.

The Northern Irishman suffered less than other riders from tyre issues, but had expected to carry his pace from Friday and Saturday over and place in the Top 10. Eugene is one of just four riders to have placed in the points at every round this season, and lies eleventh overall.

13th Eugene Laverty:
“I made my best start of the year. Whilst it was a good start, I just couldn’t hold my position and was overtaken a few times. I knew it was going to be important to preserve the tyres, and in the end I had a little more left in them than other riders who were going backwards, but it was a test of endurance today. Thirteenth place isn’t where I wanted to be; I wanted to be 10 seconds in front of that, in the Top 10. I thought we could be there, but we had more tyre problems than we had expected. Some people had much bigger problems than us, but we did what we could.”