Eugene to start from 17th on Barcelona grid 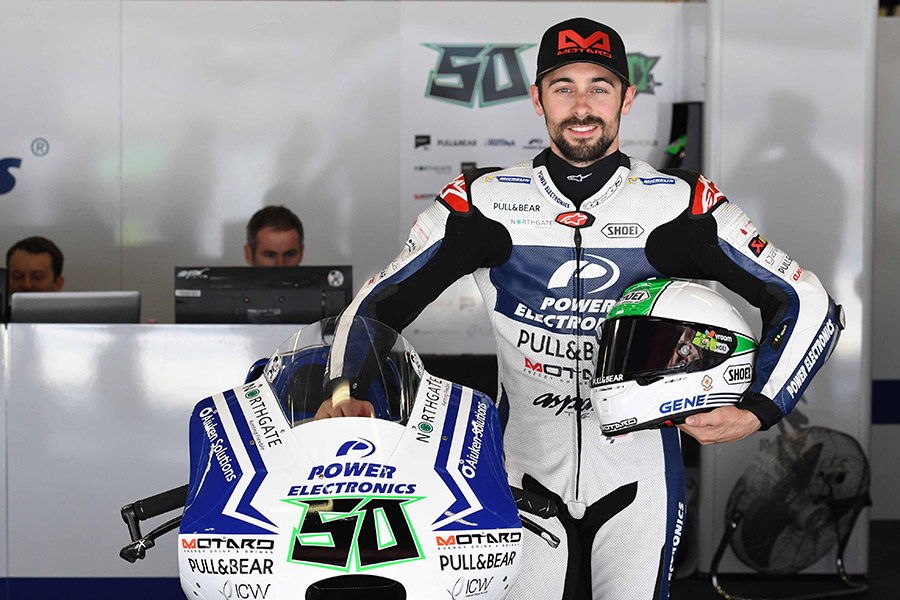 The Grand Prix of Catalunya continued to go ahead this morning after yesterday’s tragic incident, which claimed the life of Moto2 rider Luis Salom. With the blessing of his family, his team and the rest of the members of the paddock, track action continues here in memory of the talented young rider.

In the wake of Salom’s accident the Circuit de Barcelona-Catalunya has been altered slightly to use the Formula 1 layout and the changes seems to have suited some bikes more than others. Yesterday Jorge Lorenzo set the pace ahead of Maverick Viñales and Cal Crutchlow, with Marc Márquez down in ninth place.

However, Márquez today vaulted himself to pole position with a time of 1’43.589 – almost two seconds slower that the lap record around the usual layout – to leave Lorenzo trailing by four tenths. There is very little between the riders behind them, with just 0.060 seconds separating Dani Pedrosa, Héctor Barberá, Valentino Rossi, Viñales and Crutchlow.

Eugene will start alongside teammate Yonny Hernández from seventeenth on the grid after lapping two tenths shy of his team-mate. Today he wore a replica of the helmet design used by Gene McDonnell, a friend of Eugene’s father and the man he was named after. McDonnell died the day after Eugene’s birth, thirty years ago in an accident at the Isle of Man TT.

17th Eugene Laverty 1’45.885:
“The new layout is tight and twisty, pretty much the opposite of how it was before. It took me a few laps to get it right but it’s the same for all the riders. Again, like yesterday, I don’t think the position shows our true potential but the pace these guys are able to put together over one lap is really incredible. I have to give them credit because it is hard to do that kind of a lap, changing the riding style and the lines completely. In Superbike there was one rider capable of it, here there are ten, so I am trying to adapt. My lap today was quite good but it was still only good enough for seventeenth on the grid when in reality we have top ten pace. Our bike is strong under braking so with a long run down to turn one it will be critical to get a good start and let’s see if we can make up some positions early in the race. After that, our pace in FP4 on the hard tyre was not too far from Lorenzo and Rossi so I am optimistic that over 25 laps we can be strong. Starting from seventeenth will make things difficult but I have Ducati power underneath me and a bike that is good under braking so I have to make use of those strengths. The goal is the top ten. I have a new helmet for the rest of the weekend and I am really happy with how it looks; it is really ‘retro’. Today is the 30th anniversary of the fatal crash of Gene McDonnell in the Isle of Man TT. He was a friend of my father and the reason I was named Eugene, in his memory, so his family asked me if I would do this and I feel very proud to be in a position to do something nice like this.”