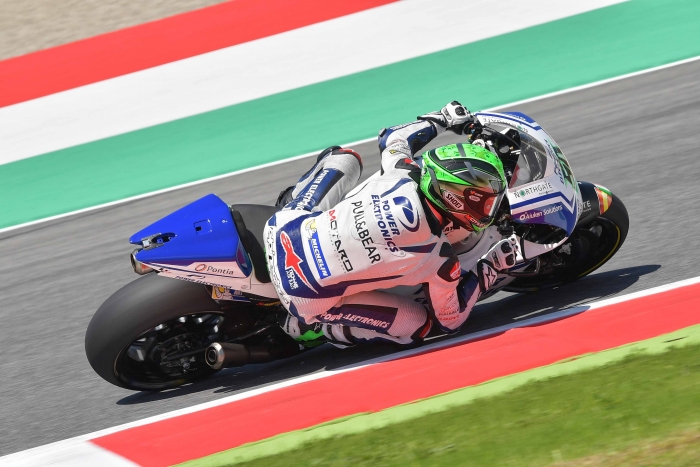 Contrary to expectations, the MotoGP race at Mugello was the closest of the three classes at the Italian Grand Prix. Brad Binder took the Moto3 win by 0.038s and Johann Zarco the Moto2 victory by 0.030s, but just 0.019s separated premier class racewinner Jorge Lorenzo and Marc Marquez.

Valentino Rossi, who had started from pole, was unable to battle for the win after suffering engine problems, and in his absence the battle for victory was contested between Lorenzo and Marquez.

Andrea Iannone, Dani Pedrosa and Andrea Dovizioso finished third, fourth and fifth, respectively, in another tight tussle. Lorenzo claimed his third win of the year and now leads the standings from Marquez by 10 points.

Eugene Laverty completed another race in the points, after starting from eighteenth on the grid – He began hesitantly but gradually grew more confident with his pace, overtaking several rivals.

The Aspar Team rider has now gone on a run of six consecutive races in the points –something just five riders on the grid can boast.

Eugene continues in the Top Ten in the World Championship with 36 points, with the first third of the season completed.

13th Eugene Laverty:
“After such a difficult weekend we salvaged three important points, and that’s the important thing because we struggled to find the correct direction after the crash on Friday. I was getting faster and faster in the race; on the final laps I overtook Bradl and the bike started to feel really good. That’s good information ahead of the next race. Now we really understand this bike better and better. The fact that it was easier for us at the end gives us a good direction to take things. I’m happy to have salvaged points here, but I expect to be stronger in Barcelona”.