Eugene Laverty aiming to pick up points in Mugello race 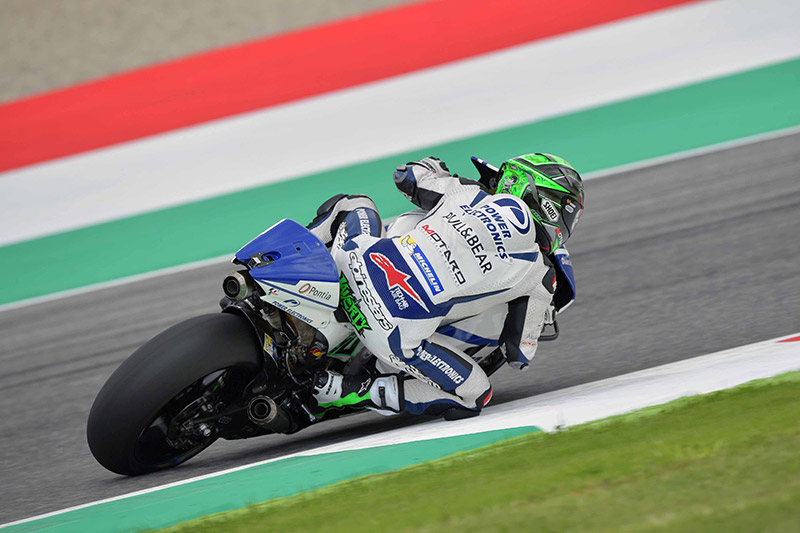 The Italian Grand Prix could see nearly 100,000 spectators on raceday, with a local hero on pole position in MotoGP. Valentino Rossi took pole number 63 of his career -his first at Mugello since 2008.

He used a tow from Maverick Viñales to set a time of 1.46.504, 15 thousandths of a second off the best lap ever at the track. Beside him on the front row will Vinales, who was just 94 thousandths behind the Italian. Andrea Iannone, meanwhile, will start from third.

Marc Marquez and Jorge Lorenzo, two of the riders fighting for the title with Rossi, will begin from the second row of the grid. Tomorrow there will be only 21 riders starting the Italian GP, as Tito Rabat will sit out the race with a broken collarbone after crashing in FP3.

The Italian Grand Prix began with a crash for Eugene Laverty on Friday, which complicated the Northern Irishman’s work at Mugello.

Eugene focused on finding a good race pace on Saturday, and will need to fight his way up through the field on Sunday; he will start from the sixth row and seek to maintain the positive points-scoring run of recent Grands Prix.

18th Eugene Laverty 1.48.111:
“In Free Practice today we found the direction we wanted to go in for this race after yesterday’s crash. I set a good time in Q1 and I think we are on the right track now. The top speed of my Ducati is good -we are among the best in that regard- but that is only important on the straight. We have some grip problems with the rear and I think that that is resolved, everything will be better. I believe that the majority tomorrow will go for the hard front tyre and the softer rear. My goal is to keep picking up points, but I don’t know about what position I can finish this year; it is difficult to predict because lately there have been so many crashes.”